Kochi or Cochin names are referred to as the same destination. The name Kochi is the ancient name of the city while Cochin is the Colonial name. Kochi tourism presents a kaleidoscopic picture mixed with a rich history, art and culture garnished with a tinge of modernity.

The city allures the tourists from far and wide no matter whether they are solo, duo or in the small group form. The craze of the visitors for Kochi Tourism has made this city No. 1 on the Trip Advisor destinations. Presently the city is known officially by its old name since a few decades back.

How Did Kochi Come Into Existence?

As India became independent from the clutches of the British imperialism in 1947, several states were formed and some unified. The state of Kerala came into existence in 1956 by the unification of the famous three provinces- Malabar, Kochi and Travan core. Later on, Kochi was made by merging the towns of Fort Kochi, Ernakulum and Mattancherry and some adjoining villages. It was done in 1967.

What are Chinese Fishing Nets?

As you visit Kochi you encounter the famous tradition of the Chinese fishing nets. This is an integral part of Kochi tourism. Mostly the coastal area between Fort Kochi and Vypeen Island is inhabited by the fishermen community. These people have the major occupation of fishing in the shallow waters. These inhabitants place the huge nets which are known as Cheenwala on account of their source of initiation from China. These fishing nets are supposed to be introduced by the Chinese traders who came to this port city during the reign of Kublai Khan.

When and where the first European Church was Built

This is the surprising fact that the first European church was made in Kochi in 1503 by the Portuguese traders. This was built in the Gothic style and was later modified during the Dutch and English occupation. This cathedral is popularly known as St. Francis Church ,It is another great attraction of Kochi after the Chinese Fishing Nets. 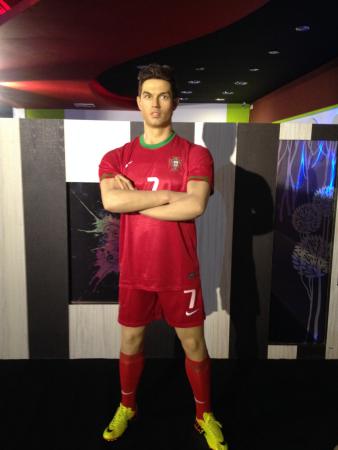 This famed Wax Museum was launched in 2014 and is located in the celebrated Oberon Mall. This museum has the lively wax sculptures of famous celebrities, politicians, sportsmen, etc.

It is an interesting fact that India has one of the oldest synagogue of Jewish followers. It bears the name as Pardesi Synagogue. It was built in 1568 and is located near the Dutch Palace in Mattancherry. This synagogue is highly ornate with the glazed Chinese tile work and Belgian glasswork. It houses the large scrolls of the Old Testament. The Jewish Religious book.

Other Specialties of Kochi

Where to Shop in Kochi?

Kochi tour is not only a historic or beach tour but it also gives you ample shopping experiences. You have both options as Shopaholics- the option of visiting the modern Malls or doing street shopping in the traditional bazaars.

Lu Mall- The First Choice of Shopping in Kochi

This mall is acclaimed to be one of the largest Malls in India where you can pick the articles of your taste. This Mall under one roof provides you a wide range of Indian and international brands. The Lulu Hypermarket which is based inside the Mall is frequented by the locals and the foreigners for their purchase of desired objects.

Other Shopping Places in Kochi Tourism

Jew Town, Fort Kochi- In case you desire to visit the traditional bazaar what can be the other best option than choose to go to the Fort Kochi to stroll through the Jew Town Market. You can find the antiques, silver jewelry and other artifacts in this place.

Broadway Kochi- This is again a great place for unique experience for street shopping. Here you can find plenty of small shops selling clothes and other daily usage articles.

Tags: Kerala tourism, Kochi tourism, Shopping places in Kochi, Things to do in Kochi, why kochi is salected number 1 destination on the Trip Advisor ?