This blog is about the festivals celebrated in India in October month. Dussehra is the world-renowned festival of India celebrated every year on pan India level from north to south.  This festival celebrates every year in the month of October on the occasion of winning the battle by Lord Rama in search of her wife Sita which is kidnapped by the demon king Ravana who lives in Lanka in the present Lanka is known as Sri Lanka. In this huge battle, Lord Rama killed Ravana and his brothers Meghnath and Kunbhakaran, etc.

Here you will read about the details of festivals celebrated in India in October .This festival is also known as ‘Vijay Dashmi’ as it is a festival of 10 days were a kind of function organized in many places in India called ‘Ram Lila’ for 10 days by making a big stage and sitting arrangements for live spectators. In this Ram Lila the actors playing the characters of Lord Rama and Ravana and play the whole story since birth of lord Rama to the death of demon Ravana. On the last day, they make big sculptures of Ravana, Meghnath and Kumbhkaran by wooden structure decorated with colored papers and filled many crackers inside it so when Lord Rama hitting a burning arrow into this sculpture this will burn and people clapping and chanting the word ‘Jai Shree Ram’ and remark this winning as the winning of Good over the evil. 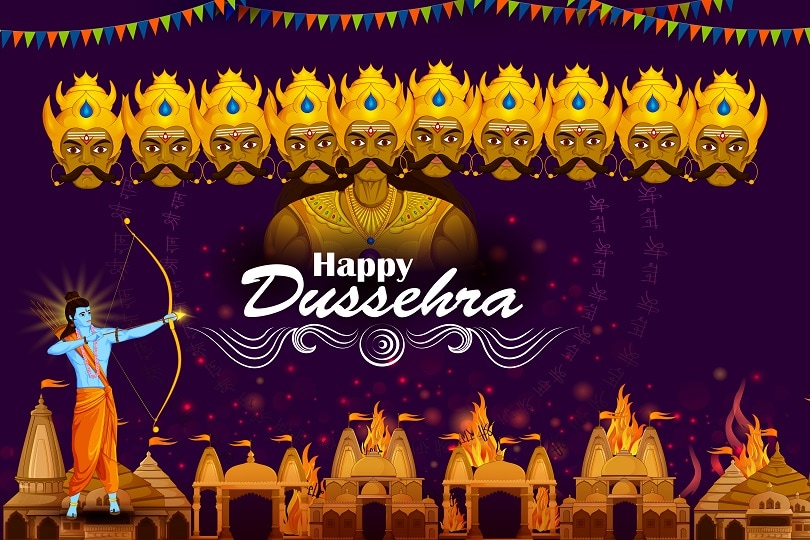 This festival took place in the foothills of Himalayas in Himachal Pradesh. This is a grand festival celebrated every year for Yoga enthusiasts and music admirers for desiring health and joy which attracts people from all around the world. This is a unique experience where you will meet with the professionals of Yoga, Ayurveda, and acupuncture therapies under one roof. This festival will also teach you about the healing of body disease with the help of sound and vision. Samsara Himalayas festivals are held at Bir village which is around 60 km from the Hill station of Dharamshala (Himachal Pradesh). This festival is also known as the Bir International yoga festival conducted by Arya Marga Yoga.

Durga puja is very special in the list of festivals celebrated in India in October. Durga puja is a major Hindu festival of India celebrated every year during the month of October. Durga the goddess of power and strength worshipped during these occasions with full faith and rituals all over India. Durga Puja is celebrated as the winning of Goddess Durga over the powerful demon Mahisasur according to mythology. During this festival huge Durga sculptures installed in massive pandals where goddess Durga sitting on the podium in front of the devotees where people worshipped them and offer them beautiful dresses, Prasad and other things. This is the festival specially organized in north India but if you would like to enjoy the real adventure of this festival then Kolkata is the best place to witness the grand ceremony where especially this festival organized on a huge scale.

04. Marwar is number 4 in Festival of India celebrated in October

The Marwar festival is celebrated in the city of Jodhpur, Rajasthan. This festival is also known as the Maand festival which celebrates during the full moon of Sharad Poornima for two days. This is a kind of festival which pays tributes to the heroes of Jodhpur which is passed away on the battlefield. The main attraction of this festival is the folk music and dance concerts represent the royal lifestyle of Rajasthani Kings. The various music and dance forms of the Mewar dynasty were the main themes of this festival.

These folk dancers and singers provide live entertainment to the auditions and presenting the stories of velour and battles of their kings which make them alive in the eyes of a live audience. The venue of this festival is the royal Ummaid Bhawan Palace and Mehrangarh fort. During this festival, you will also buy beautiful souvenirs and Rajasthani dresses in the colorful markets

Navratri is the major festival of India celebrates every year in the month of October with full of joy and devotion. This is a festival where devotees lighting up Akhand Jyoti in front of the idol of Goddess Durga for nine regular days and worshipping continuously the several forms of Goddes Durga such as Maa Shailputri, Mahagauri, Skandmata, Katyayani, Kushmaanda, Chandraghanta, Sidhidatree, Brahamachareene, and Kalratree. This festival is specially celebrated in Gujarat where big stadiums are prepared to celebrate this festival and thousands of men and women playing the dance form called Dandiya dance with two sticks.

this fest at every place, you will find big pandals decorated with lighting and flowers and devotees are praying to the goddess sculptures set on the stage. On the last day of this festival, people invite 9 unmarried girls to their home and prepare special food Halwa, Chana and Poori to these girls to feed them. These girls are worshipped as similar to the 9 forms of goddess Durga and people offer them bangles, clothes, and food items. 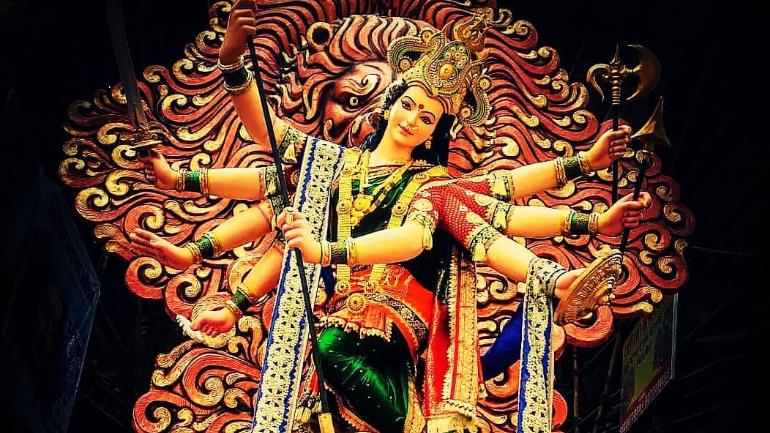 06. Diwali– Celebrated all over India

Diwali is one of the biggest Hindu festivals celebrated everywhere in India full of joy, happiness, devotion, and firecrackers. This is a festival of three days where the first day is celebrated is known as ‘Dhanteras’ which is believed by the people to buy top buy some Gold, Jewelry, or Utensils on these special days will bring wealth and happiness around the year. The second day starts with the worship of Lord Hanuman In the morning and then the rest of the day people decorate their houses by making rangoli, posters, and different patterns of designs.

The main events here are like Jazz performance during the night, Gypsy dance performance by the gypsy community, Kalbeliya dancers, fire dancers, Gair dancers, and Terah talli dancers. These dancers and performers look awesome in colorful dresses and makeup. There are so many other things besides this to entertain you like music shows, Martial art performances, sword fighting, puppet shows, and circus by children’s, snake dances, and instrumental performances.

This festival is specially celebrated in northern India with grace and pride. This festival occurs in the month of October and sometime in the first week of November.  In this festival married women, ’s did fast of one complete day without having food and water for the safety and long age of his husband since morning until the moon comes in the night. In Hindi Karva means ‘Pot’ and Chauth means ‘fourth’ which refers that this festival comes one the fourth day of the dark fortnight.

At this festival, all the women are fully dressed and makeups like a bridal to celebrate this evening. This festival is the best example of the strong relationship between husband and wife which signifies the famous Indian cultures. When the moon comes in the dark sky the women’s offering them water and food and then after they drink water by the hand of their husbands after a long day fasting. In these festivals, husbands are also given beautiful gifts to their wives to make them happy. 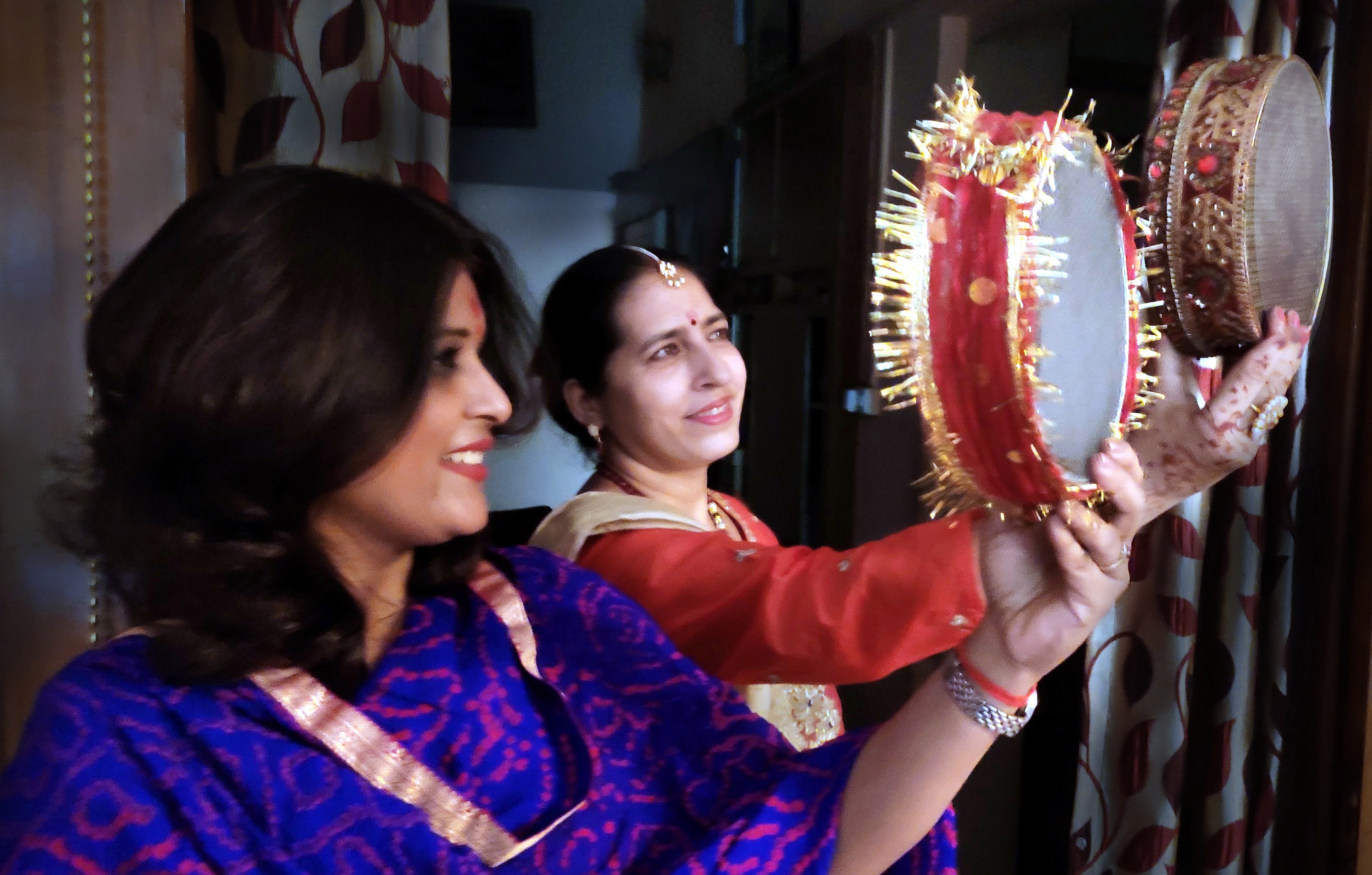 Mysore Dussehra is one of the most famous festivals of south India celebrated every year in the state of Karnataka in the month of October. This is an old age festival which is also known as Nada Habba. This festival is celebrated on the occasion of winning the battle by Goddess Chamunda over Mahishasura. Mahisasura is the demon whose slaying by the goddess gave the name of this city Mysore.

The major attraction of this festival is the big rally of the Elephant where an idol of Chamundeshwari placed on golden Mantapa consist of 750 kg gold on the top of a decorated elephant. During this procession dance groups, music bands, decorated elephants, horses, and camels are moving together which is an eye-catcher for every live spectator.

This idol was worshipped first by the royal families and during this festival, the whole Mysore palace was lighting up once in a year for 10 days with huge lighting. During these festivals best dance troupes, music bands, wrestlers were invited by the Mysore palace for giving their performances for 10 days festival.

This celebration also comes in the list festivals celebrated in India in October. This is the one and only festival of Alaphuzza district in the state of Kerala which gives you a chance to witness the unfolded rituals and customs of this God’s Own Country. This festival is an internationally renowned temple dedicated to the serpent god known as Nagaraja. It is believed that the main deity of this temple is blessed by the spirit of Lord Shiva. This temple served by the Brahmin women priest which is the only kind of thing in Kerala.

The major festivals of this place took place in the month of October in the Malayam month it is known as Thulam.  This temple is inside a forest and having more than 30, 000 images of snakes adorning the paths and among the trees. One of the major highlights of the festival is the procession in which all serpent idols in the temple and the sacred grove are taken to the Brahman ancestral home called Illam. 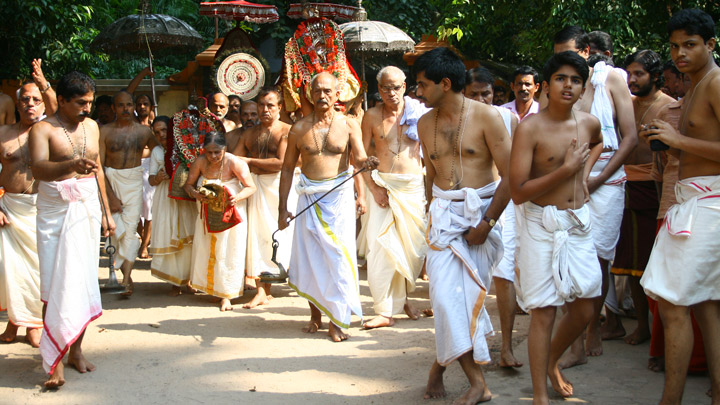