The regular incensement of domestic and international air travelers in India is reaching the figure of 185 million in 2019.  The vision of the Indian government is clear to build 100 airports in India by 2024. This step will definitely boost up the economy, infrastructure, and tourism in the upcoming years. This decision also creates millions of jobs all over the country which is the hot demand after the Covid- impact. The union’s finance minister Nirmala Sitaraman has already announced that 100 additional airports will be built in Indian by the year 2024 in which 70 airports are new and the remaining are the extended airports or double airports in one city. The regional air connectivity will ensure access to air travel for the common man of the country. Here we have a shortlist of the top 10 upcoming airports in India.

The new airport of Pune is fixed to built-in Purandar which is around 40 km away from the main city and it will spread over in an area of 2400 hectares. This new airport will boost trade and tourism in Pune from the neighboring states and it has its own dedicated cargo terminal as well. The total cost to build this new airport is expected around 6000 crores Indian rupees. This new airport will be named by the king of the Maratha empire Sambhaji Maharaj. Earlier the Lohagaon airforce station served the city as the international airport but due to the restrictions. The government of Maharashtra received clearance from the Defence ministry for preparing a detailed project report for the coming airport near Pune city. Kushinagar International airport is set to build in Kushinagar district in the state of Uttar Pradesh. The main reason to build this airport is to provide better connectivity to the international tourists belongs to the Buddhism religion. This airport is just 50 km from Gorakhpur and only 35 km from deoria. This new international airport has also decreased the load of heavy passengers at Varanasi airport, The government has acquired 650 acres of land at the cost of approx 180 crores, This airport will be constructed on the PPP model and the evaluated cost of this project is INR 354 crore. This airport is also on the close approach from Varanasi and Ayodhya the Birthplace of Lord Rama. 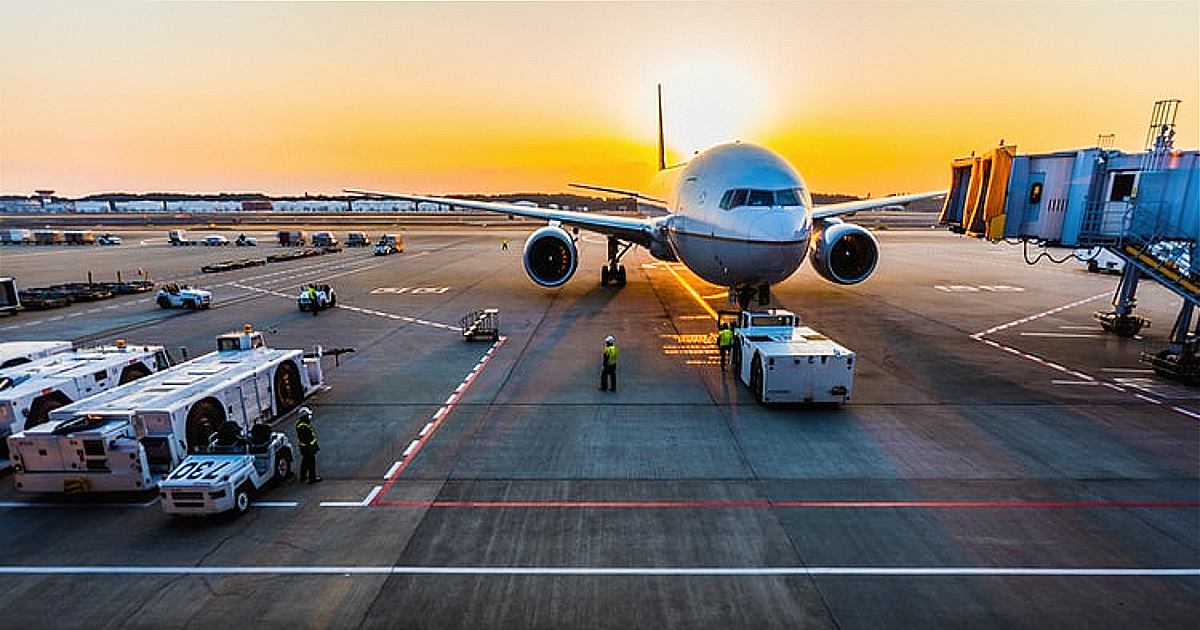 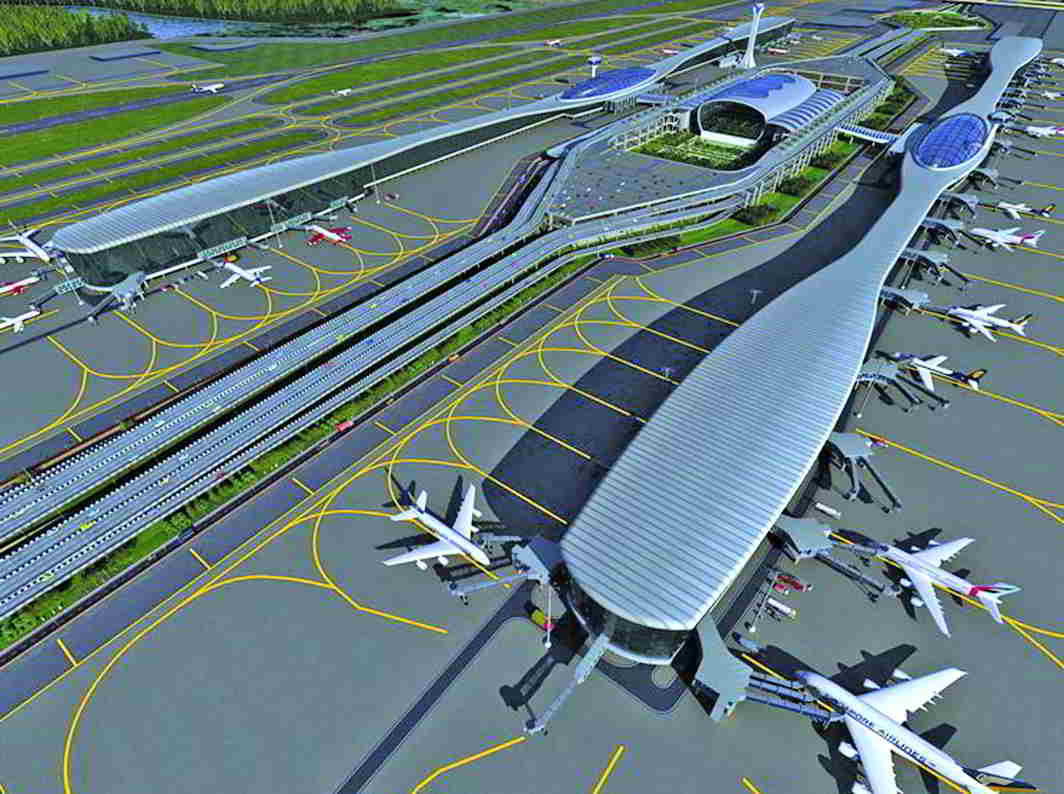 This airport is mainly built to ease the traffic load of Delhi the capital city of India. This will be the biggest airport in India and handling more than 60 million passengers every year after completing its all phases. The approximate cost of Jewar international airport is around 10000 crore of its first phase and this airport is directly connected with the USA, UK, Singapore, and Middle east. The total land acquires to built this airport is 5100 hectares. The land acquisition has completed for phase 1 which is around 1334 hectares and the first phase of the airport is to be complete in 2023. This site is only 70 km away from the Indira Gandhi international airport and only 130 km away from the city of Taj Mahal which receives 7 million tourists every year from all around the world. 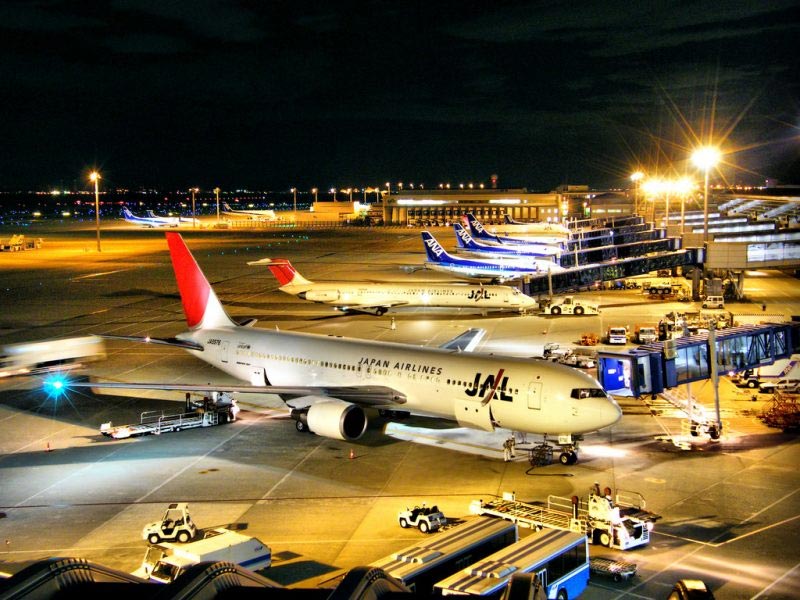 This international airport is to be built in four different phases at the estimated cost of INR 3000 crores. In his first phase, it will be able to handle the load of 4 million passengers which will increase up to 30 million passengers up to the completion of four phases. Earlier this project was expected to built-in 2020 but due to some reasons, it will be extended till 2022. The total area of 1500 acres will be acquired to complete his first phase of work. This airport was built on the basis of PPP model and constructed with a joint effort of GMR airport and the Goa government. 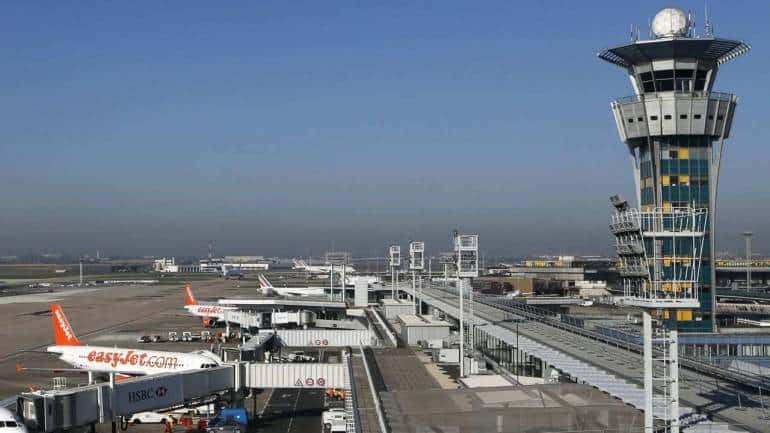 This new airport of Gujarat state is spread over in the area of 2534 acres of land, this airport is capable to handle the landing and take off the big airbus aircrafts such as airbus A 320. This airport is mainly used for C-type aircraft and it is built by the airport authority of India.  The approximate cost to complete this project is INR 2700 crores. This airport is equipped with special facilities such as a rainwater harvesting system, solar power system, and a green belt to act as a noise barrier. Bhopal-based Infrastructure Company DBL is approved for the construction of this hirer airport in Rajkot. Rajkot is the largest city in the state and this new airport is just 36 km away from the main city to provide better connectivity to the passengers.

One of the major international airports of the country is also set to build in Ludhiana in the state of Punjab. Ludhiana is the largest city of Punjab and world-known for its Industrial hub. This project has expected to be complete its first phase in the year 2022. This upcoming airport will be capable to handle the big $ c type aircrafts such as Boeing 737-700 and airbus A 320. Total land of 162 acres is already acquired for the construction of this new airport. This coming international airport will boost the economy and tourism in the state. The state government and airport authority handshakes to construct this airport in hirsar as soon as possible.

Sabrimala temple of south India is the most visited pilgrimage sector of Kerala which receives more than 50 million pilgrims every year. This great news is such good news amongst the pilgrims of Sabrimala temple in all over the world.  A new international airport will be developed using 570 acres of land at cheruvally estate near Kottayam district. This airport will be the fifth international airport in Kerala state and the closest to reach Sabarimala temple.  This proposed airport is spread in an area of 2263 acres. During the month of November and December, the heavy load of pilgrims has to face lots of problems to reach the holy shrine of the state. The Kottayam state lies about 48 km away from the Sabarimala temple.

The new airport in the state of Arunachal Pradesh is under construction in Itanagar named Hollongi airport. This place is nearly 26 km from Itanagar. The total land proposed for the construction of this airport is around 320 hectares having a long runway for the jet aircraft. The approximate cost of this project is around 1200 crores and it would be spread over the area of 320 hectares, this new airport is surrounded by 5-star hotels, convention centre, shopping complexes, and other facilities. This airport is recently connected with the popular destinations of the neighboring countries.

Sindhudurg airport is located around 28 km from the Mumbai-Goa highway. This airport is also known as chipi airport in the Sindhudurg district. This is spread over an area of 275 hectares and the biggest runway is capable to take the load of heavy aircrafts such as Boeing and Airbus A 320. This airport will boost tourism and ease the facilities to reach Konkan district which is the gateway of pristine beaches, forts, and temples. Tourists can easily visit Tarakali and the Sindhudurg fort located near the airport.

Orvakal airport is located in the east side of national highway 40. This is about 20 km from Kurnool and 55 km from Nandyal. This proposal was planned by Y.S.Rajshekhara Reddy in the UPA government and after 11 years his son completes his dreams to build an airport in Kunoor. This airport will be spread in an area of a total of 640 acres. The industrial minister of the state government announced that recently they will also open a pilot training center and aircraft repairing center in Orvakal. So in the next few months, Orvakal will become an aviation hub of the country, This airport is constructed in a record 18 months and the first flight will be operating from March 2021 on this airport.