Kamasutra of vatsyayana is an aphorism of love. The sage vatsyayana lived in between 2 to 3 century A.D. and penned down his views of on Kam Shastra in the form of a treatise. So the text of the kamasutra is not meerly art of love making or sex relations but something more. It explains how to churn out the utmost satisfaction by the way of love, sex, music and melodrama. If also clamours for the equatable relations of men and women. He prescribes 64 positions of love making. Not only he narrates about love practice but also prescribes the way of living such as a person should get up early in the morning, after being fresh he should wash his teeth and exhale fresh aroma. He should take bathe daily, after bathe appear before the glass for the personable visage, should do shave every 3 days later. He should wash the nails and sweat.

The Urge of Kamasutra

The Hindu sculptures tells about the 4 major goals of life known as Purushartha –Dharma , Artha, kama, Moksha. Dharma means righteous conduct, Artha signifies means of life. Kama means desire, passion, enjoyment of life and sexual connotations,  Moksha is the liberation or emancipation from the cycle of deaths. Thus kama is the third important. Goal of human life, kama Sutra is the righteous philosophy of the adulthood and integral part of vedic literature. 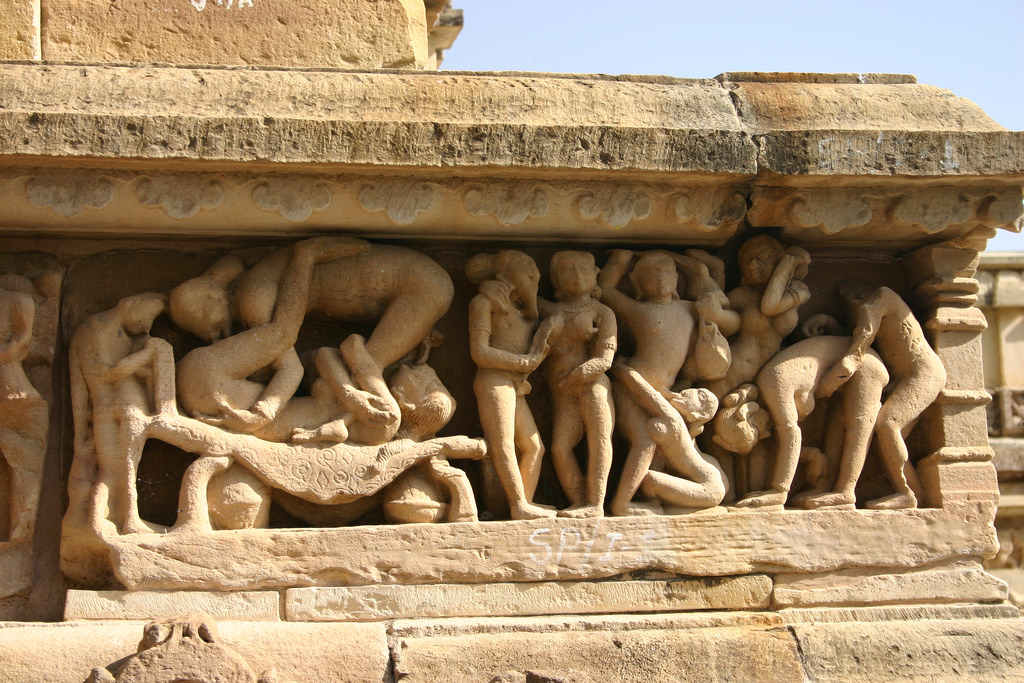 As regards sex the Victorians were extremely prudish. Even a minor impropriety of dress would send the Victorian martinets into a paroxysm of rage. Victorian parents were quite domineering. In the Victorian era the attempts were made to quash sexual urges similar to the victorian epoch in India during the medieval ages sex was considered as inhibition and people were afraid of talking over the subject in open and linked it with morality.

Place Near Water Ideal For Lovemaking

Vatsyayana narrates in his text about the best place for lovemaking. He opines that a place which is near the water body such as lake or pond and if it is surrounded by gardens it is ideal. Following the norms many rulers and the nobles devised  palaces and mansions near the water bodies like Hindola Mahal, Jal Mahal etc. These kings and maharaja’s used to retire to such places with the chosen ladies of the harem and find solace. Vatsyayana also ponders over the palace are or the living palace. He allures that the living area should be surrounded by lush greenery and fragrant flowers with a cozy bed having a canopy   and wreathes all around.

The concept of resorts luxury five star hotels In India follows the pattern. The Rajput rulers and Mughals in their harem had the privilege of making such palaces which had enormous waterbodies-fountains, hammams all having nice garden setup. Imagine the Sheesh Mahal in the Agra fort which is very closely built to the famed angoori bagh. In this gorgeous bath the celebrated ladies of the harem used to enjoy spa and shower and prepare themselves on the soft tunes of music. The fragnance of the rose petals, jasmine flowers used to persuade and arouse the amorous feeling. Thus such places used to work as the food for kamasutra theme. Not only the inner palaces used to have such provisions but these mighty rulers made many provisions for the outside hunting resorts, and recreation places in the forest areas and near the water bodies. Shikargarh of Jahangir, Shahjahan near Dholpur in Rajasthan, the glass house at Sikandra Agra narrate the same story. 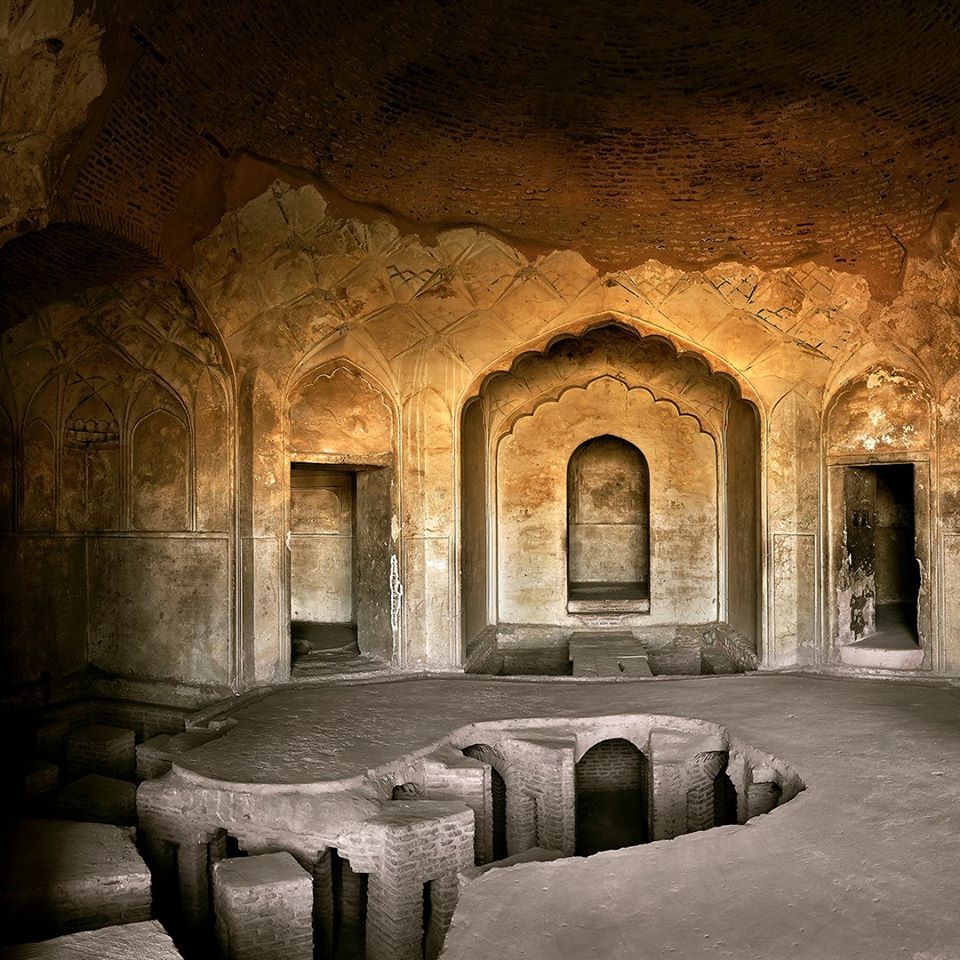 There are several temples in India which are famous for sculptures, To name a few Khajuraho temples, Sun temple of konark, Sun temple modhera, Virupaksha temple, Hampi. Indian society since ages has been considered as an orthodox society. But this is not the real case. This land saw the emergence of vatsyayana and several famous temples mentioned above were built in the ancient times. The conception of raising the erotic sculpture work is that a person should be on pure form entering the temple premises. He must ward off his carnal pleasures and lust. In order to quench the desire of humans most of the outer wall of the temples have such carvings , so that the Human must get rid of sensual pleasures outside. 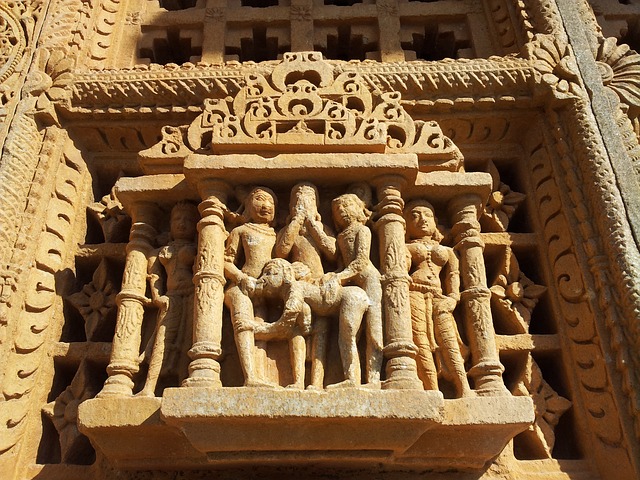 In such temples you visualize many amorous scenes. Such as multiple sex of humans and animals in Khazuraho group of temples. Similarly the Virupaksha temple Hampi present erotic imagery on the outer walls. A noteworthy scene is a nude women being looked by a group of persons and advised. Ranakpur temples also prove testimony to the open minded progressive set of brains of the early civilization. Kamasutra mentions that a female should learn the ways of this practice from the close friend already married. This also includes the playing of musical instruments, drawing, culinary art, composing poems, hair dressing etc. Female as per Vatsayana were expected to be like mother Annapurna while in the kitchen preparing food for the family and she should emulate a professional sex worker while being in bed with husband.

Why Khazuraho Temple Were Built ?

The impressive temples at Khazuraho in Chhatarpur district of Madhyapradesh were erected by the Chandela rulers. In the medieval times these temples are fine specimen of art and sculptures work spread in 9 square kilometers area. The khazuraho group of temples deal with the eight subjects of vatsyayana such as fondling, kissing, embrace etc.

Often the thinkers and art lovers have differences of opinions about the theory of construction and the purpose. Obviously many of these temples were made for worship of the hindu deities and still some of them such as kandhariya mahadev has the pious shivlingam.  The purpose of these temples making is to prepare the society for prolongation of the human species. The point to be noted is that with the growing popularity of Jainism and Buddhism in the society made the social fabric effeminate. People were more turned towards the tenets of Brahmacharya and renunciation propagated by the theology. Such society was prudish and took sex as a taboo. Thus the activity of the life force and procreation was dwindling and it created a vacuum in the multiplications of the human race.

Some others think of the stone erotica as a influence of Tantrika cult of balancing male and female force what is known as shiva-shakti together. In such state of mind humans leave their animal instict and soar to a blissful state. The zenith of pleasure in men and women arouse different awareness

Real beauty lies in the eyes of the beholder. “this saying is very apt to the kamasutra theme. The subject dealt by the ancient sage Vatsyayan is not a sex manual, rather it is treatise on the art of living such as nature of love, finding a suitable life partner, pleasure seeking sources in human life etc The text is written in a mixed form of prose and poetry has many chapters and cantos which deal with courtship, maintaining, vigour, managing married life and looking graceful. It all deals with the pivotal theme of love which creates desire and mentions when it is good or when just opposite These excerpts of kamasutra were transformed in real form earlier and later the book was transformed in oral form earlier and later the book was published on 1883 by Richard Burtan.