What is the Kedarnath Temple?

This temple is situated on a height of more than 3500 meters from sea level so this is the highest Jyotirlingas of Lord Shiva. The nearest river flowing near Kedarnath temple is Mandakini coming from the snow-covered mountains. This temple will open only in summers between April to September for the visit and the special Chardham yatra performed in the month of April to June. Between April to June is the busiest time of this temple where millions of tourists coming to visit this holy shrine.

What is the History of Kedarnath Temple?

As per the legends, this temple was built by Pandavas when they were supposed to please Lord Shiva by doing penance in Kedarnath. The present temple was constructed by Adi Shankaracharya in the 8th century which is also known as the guru of devas and a great follower of Lord Shiva. The Pandavas used big stone slabs to build this huge temple on a large rectangular platform. The Kedar means “The Lord of the field’ the main deity of this temple is Lord Shiva.

According to the mythology, after the Mahabharat sage, Vyasa advise Pandavas to meet Lord Shiva to seek forgiveness for killing their kin during the war. When Lord Shiva knows this they hide in the form of a bull and hide him into a cattle on the hill.  Pandavas successfully find him in between the cattle Lord Shiva tried to hide into the ground so he shrinks himself under the ground, suddenly one of the Pandav brother Bheem grabbed his tail to seek forgiveness from his sins so the half fort of this bull will remain as a form of black stone which is known as Kedarnath. The remaining part will found in Nepal which is famous by the name of Pashupatinath temple. 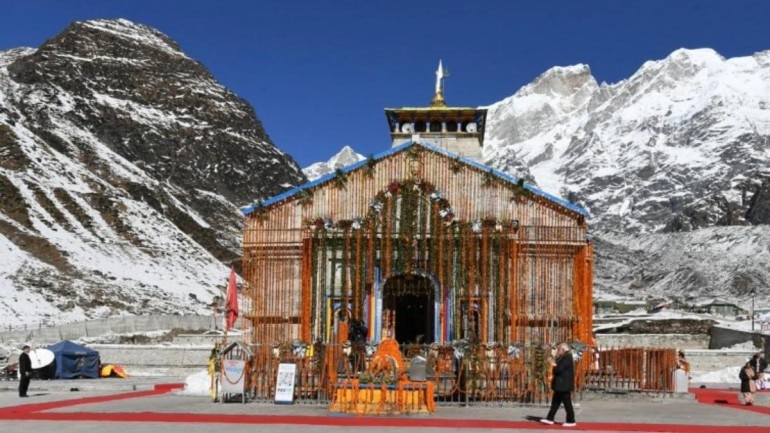 This year the yatra and the visit of Kedarnath will start from April and ends up to September and the busiest seasons of this temple between Aprils to June before the rainy season starts. This year in 2020 the yatra will be stopped due to the pandemic effects of Covid-19 the whole India is facing the lockdown situation.

The doors are open for Kedarnath Dham on 30th April 2020 to follow the customs of worshipping but the yatra and Darshan are not open for public this year. What is the importance of Kedarnath Temple?

Kedarnath temple is one of the 12 Jyotirlingas of Lord Shiva. This temple is also considered as one of the five temples which come in Panch Kedar situated in the Garhwal Himalaya range. This is the favorite destination for pilgrims, tourists, and trekking lovers. People believed lord Shiva present in the form of a Bull in this temple and this is the ancient temple of Lord Shiva.

Lots of tourists are also coming to enjoy their holidays in the surroundings of beautiful rivers, snow peaks mountains, and a naturally purified atmosphere.

It is believed that a journey to this holy land opens up doorways to “Moksha” or salvation. Kedarnath Temple is a treat for trekkers too. The stunning views of Himalayas around, the balmy weather, and pure ambiance give you a feeling of ultimate enjoyment.

What is Panch Kedar?

According to the legends, the five main sanctums of Lord Shiva present in the form of Shivalinga situated in Garhwal Himalaya range at Uttarakhand state is known as Panch Kedar. This is the same place where Lord Shiva found in the form of the body parts of a bull hiding from Pandavas. These all temples are constructed by Pandavas who was the winner of epic Mahabharat.

These five temples are Kedarnath Dham, Tungunath Dham, Rudranath Dham, Madhyamaheshwar, and Kalpeshwar. In this temple, Kedarnath Dham is the main temple as this is one among the 12 Jyotirlingas and also comes in the list of Chota char Dham yatra. 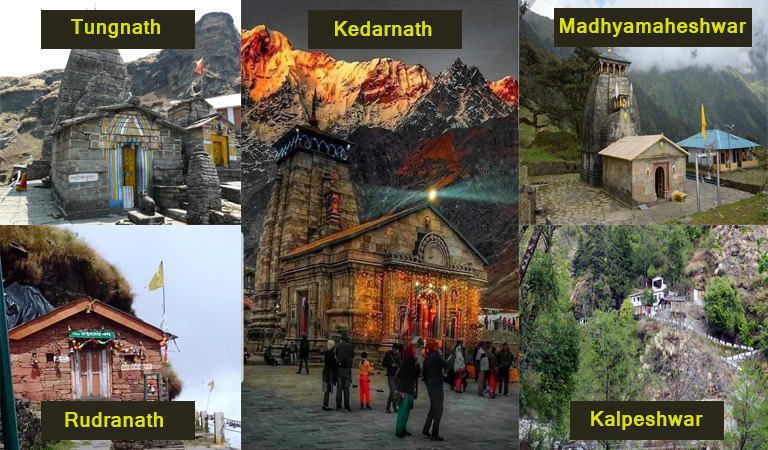 How to reach Kedarnath Temple?

Kedarnath temple completely looks like a journey to paradise which includes train journey, road journey, and trekking on high range mountains. The nearest airport is Jolly Grant airport situated in Dehradun about 240 km from Kedarnath Dham.

Rishikesh is the nearest railway station located on the distance of 220 km from Kedarnath temple and most of the pilgrims preferred the train journey to reach Kedarnath Temple. 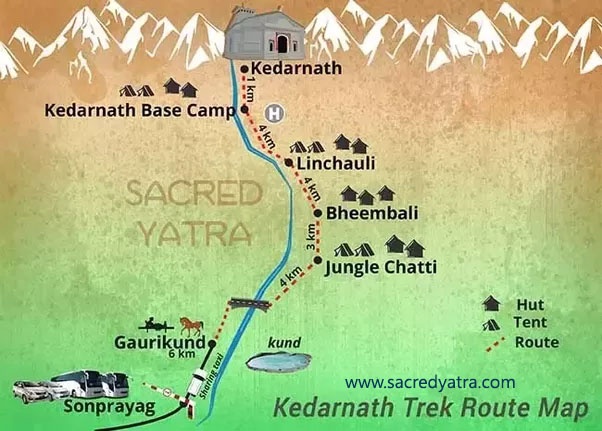 Things to see inside Kedarnath Temple?

In the first glimpse, this temple looks like a kind of unique temple and seems like very ancient. The temple was made by fixing big stone slabs which is unbelievable in the 8th century when we have no machines or modern techniques. People believed this temple was first built by Pandavas and later by Adi Shankaracharya.

This temple is surrounded by beautiful mountains, alpine meadows, and delightful forests. The main deity is Lord Shiva situated in the Garbha Graha in a pyramid-shaped rock of grey color that looks like the back of a bull. The idols of Lord Krishna, Draupadi, Kunti, and Pandavas (Five brothers) place in the Mandapa of this shrine.

A large stone Nandi which is considered as the guard of Lord Shiva was present in front of the temple made up of large stone guarding it against, the few main places to visit here are Gauri Kund, Chorabari Tal, Bhairav Temple, and Vasukital. What to do in Gaurikund?

It is the stopover for every pilgrims and tourist after covering the road journey for reaching Kedarnath Dham. From this point, devotees need to trek for 14 km to reach the main temple.  According to the legends, Goddess Parvati (also known as Gauri) meditated over here in order to marry Lord Shiva. This place consists of springs which offer refreshing bath to pilgrims before they start their holy journey up to Kedarnath Temple. Here you will also pay homage to the ancient temple of Maa Gauri (Parvati Ji). What to see in Chorabarital?

Chorabarital is a scenic wonder and this pristine and serene lake will be reached by trekking from Gaurikund before 4 km by reaching Kedarnath. This glacier is the main source of Mandakini River located on the height of 3900 MTS above the sea level. Some people also called this place is also known as Gandhi Sarovar as some of the ashes of Mahatma Gandhi were immersed in its water.  The stunning view of this place will take you to the fascinating journey to God’s land. 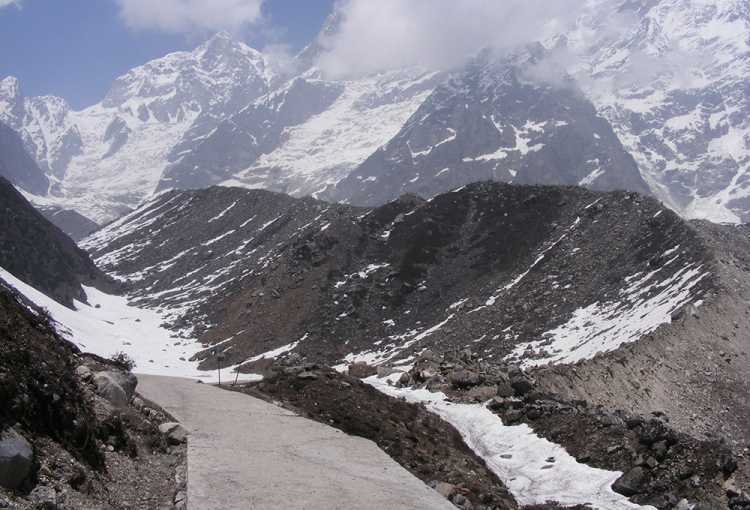 Where is Bhairavnath Temple at Kedarnath Dham?

As per the legends, Bhairavnath is described as Kshetrapal who is the protector of the Kedarnath temple and the whole Kedar valley. After visiting Kedarnath Dham pilgrims will also come to visit this holy place which is located on the uphill trek of 800 meters up to Kedarnath Dham. This place is closed during winters and famous for their majestic views of the Garhwal Himalaya mountain range.

What to do in Vasukital?

According to the mythology, Lord Vishnu took bath in this holy lake during the time of Rakshbandhan so this is named Vasukital. This place will be reached by trekking of 8 km from Kedarnath Dham and this place is situated on a high glacier of 14200 feet from the sea level.

Here you will found the Brahma Kamal the main flowers of this area and other Himalayan flowers blooming around the lake making this place the best choice for trekkers and photographers.

It is believed that the present temple of Kedarnath was reconstructed by guru Adi Shankaracharya in the 8th century. He was the great believer of Lord Shiva and decide to get Moksha (Salvation) at the age of 32 years. 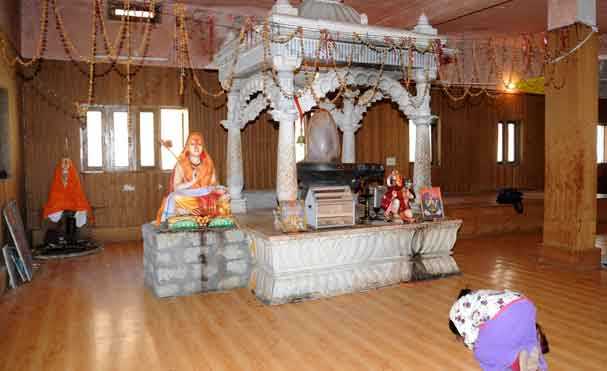 What is the best time to visit Kedarnath Temple?

The best time to visit this main Hindu religion site is between Aprils to Mid June which is also known as the busiest season of this place. After the mid of June monsoon arrives here which makes this site very risky for normal tourists. As during the rainy season, the risk of land sliding will be high in this whole valley even the rivers are also crossing the levels sometimes. 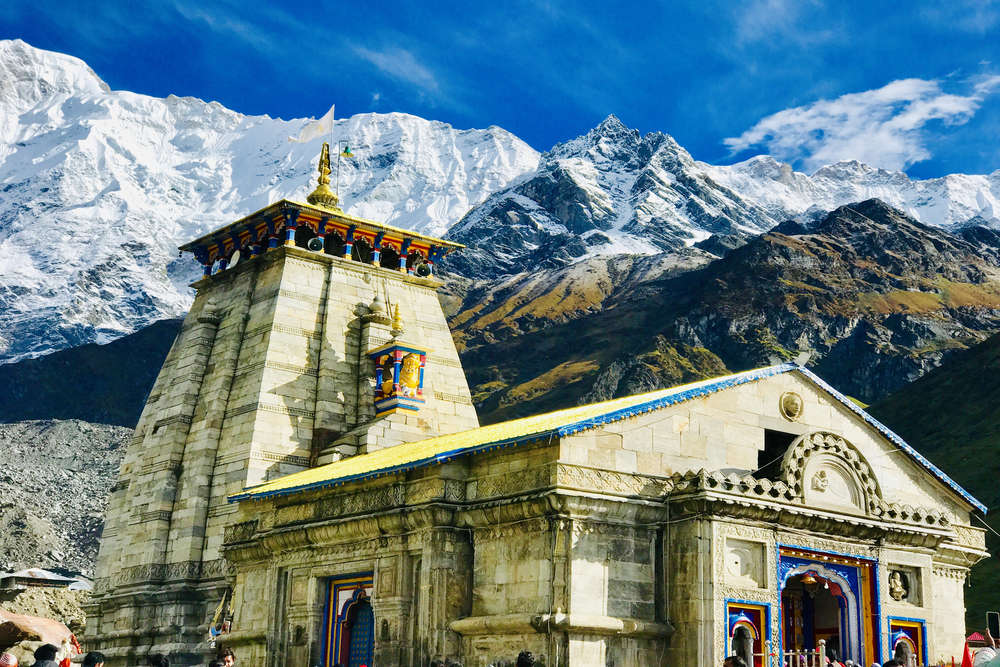