Varanasi is known by the old name Kashi. It is one of the major pilgrimage sites of India. Varanasi is known all over the world for it’s famed Kashi Vishwanath Temple dedicated to Lord Shiva. Lord Shiva has various synonyms such as Vishwanath or Vishweshwar signifying the “ruler of the universe. The localities believe Lord Shiva to the King of Kashi. This is located on the Western bank of the holy river Ganges. 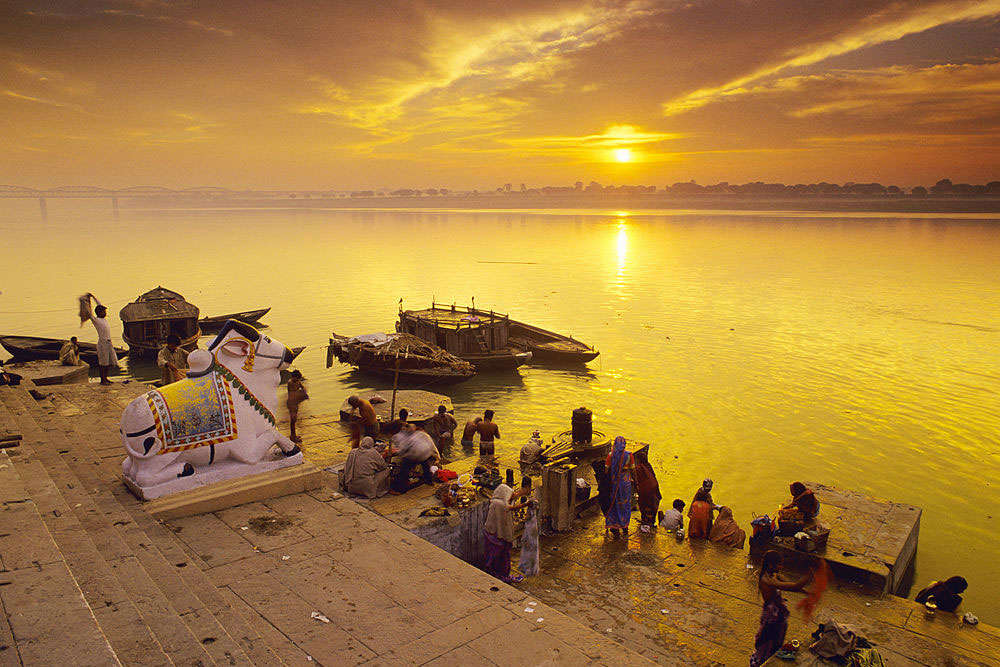 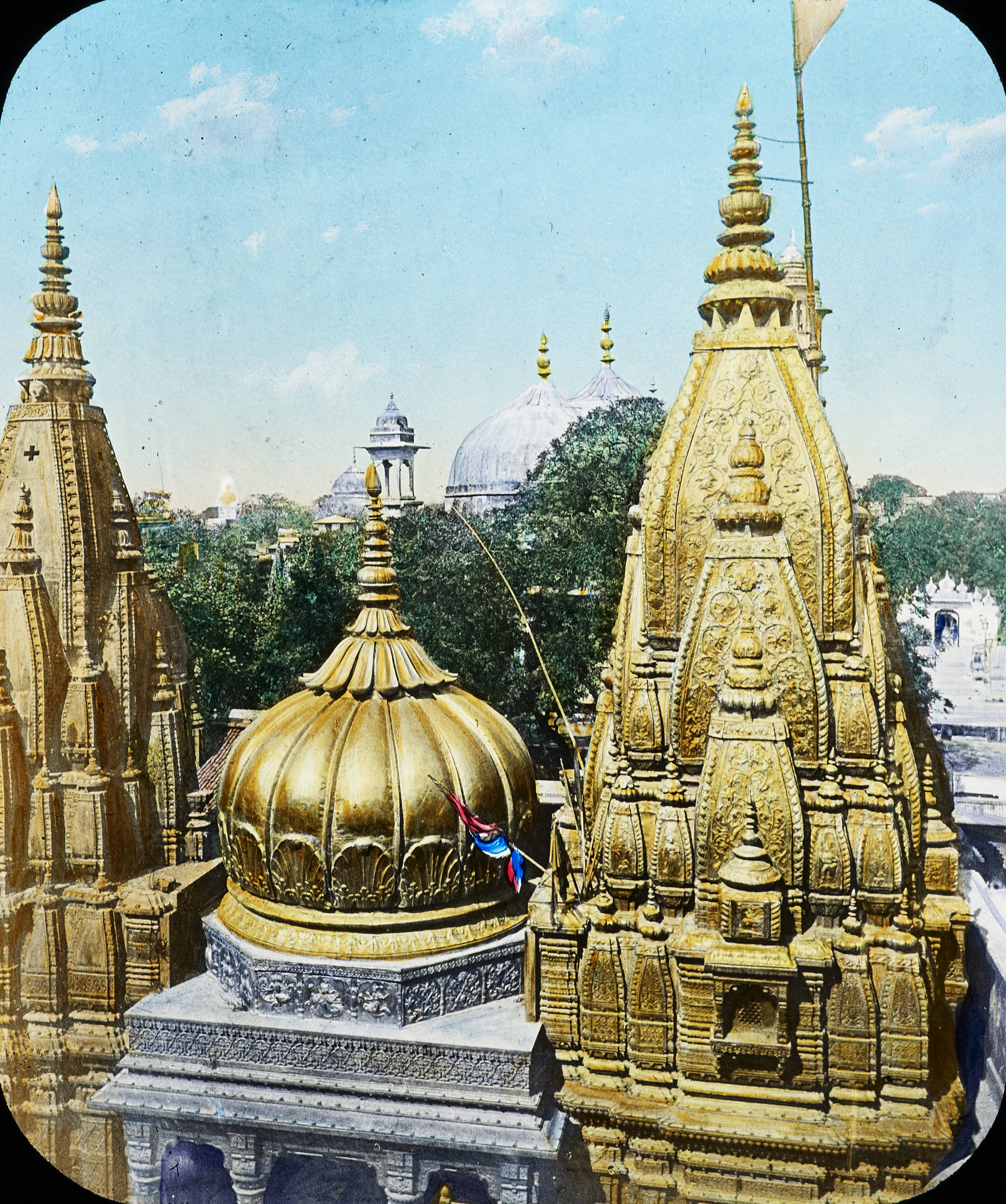 We find the mention of Kashi Vishwanath Temple in the Skand Puran first. The Temple has a long history of construction and desolation over the times. The gorgeous temple was first destroyed on the commands of Qutbudin Aibak. While his army defeated the Kannauj ruler. It was again renovated in the time of Ittutmish and later destroyed by Sikandar Lodi. In the time of the Mughal emperor, Akbar the mighty ruler of Jaipur Raja Man Singh recreated the temple.

In 1669 A.D again Aurangzeb destroyed the temple and built Gyanvapi Mosque in the site. Again during the decline period of Mughals Maharani Ahilaybai Holkar rebuilt the temple in 1780 A.D. What you in the present. Lots of People call it the Golden Temple of Lord Shiva as the two domes of the temple are covered with gold which was donated by the Sikh Maharaja of Punjab-Ranjit Singh. Similarly, the Maratha Bhonsaley ruler of Nagpur donated immense sliver to the temple. In the year 1983, the temple came under U.P Government and is managed by Dr. Vibhti Narayan Singh Ji.

Normally it takes 1.5 to 2 hours to have Darshan of Kashi Vishwanath temple. But on the busy days like Monday, it might take a couple of hours to wait in the queue and pass through the security zone. while you enter the temple. They won’t allow you to remain for long. The architecture of Varanasi Vishwanath Temple

This Temple is constructed in the form of a quadrangle and is surrounded by the shrines of other deities. These temples comprise Kaalbhairav, Dhandapani, Vishnu, Vinayaka, Sanishwara and Virupaksh Gauri etc. The main Shivlingam in the sanctum is 60 cm tall and 90 cm in circumference and is enshrining in a silver altar. The top of the temple has a towering spire first, the second is a gold dome and the truth is the gold spire which causes a flag and trident.

The legends say that Lord Shiva resides in Kashi situated on the banks of the holy river Ganga. It is believed that Kashi is sustaining on the point of the trident of Lord Shiva. Thus he is the savior of the inhabitants of Kashi. 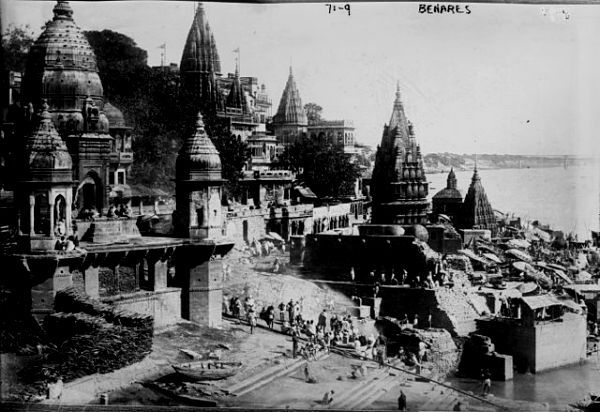 It is also believed that if you see the golden covers of the upper part of the temple your wishes come true. People believe that while Earth was founded, the first ray of the sum fell on Kashi first. Kashi is also known as the salvation place. If you visit the Kashi Vishwanath temple you are supposed to come out of the cycle of birth, death, and rebirth.

Things not allowed to carry inside Vishwanath Temple

Make sure while you plan for visiting Kashi Vishwanath Temple you have to follow the security instructs and the not allowed objects you have to leave in the lockers or in the car. You are not supposed to carry mobile phones, cameras, leather goods, smoking items, eatables, drone cameras, video cameras, etc. This temple has certain rules and regulations where non-Hindus are not allowed to visit. Earlier it did not have a dress code. But recently dress code was applied by Kashi Vidwat Parishad. According to this male visitors should wear traditional Indian attire – “Dhoti Kurta” whereas ladies should be clad in Saris. Presently this decision of dress code was abolished. Besides the main temple, many other worth visit temples and sides are there in the surrounds of Kashi Vishwanath Worth mention in the GyanVapi well. This is situated inside the temple complex. It is believed that inside this well the pious Shivlingam was hidden so that it may not fall in the hands of Muslim tyrant ruler Aurangzeb.  Presently the holy water of this well is offered to the devotees as drinks Prasada.