Northeast of India allures the tourist with its pristine beauty, lofty mountains with prevailing snow, and the animating rivulets. The deep valleys with scattered hamlets and their ethnic culture have a magnetic attraction. The northeastern states are seven in number and thus they are given the epithet of seven sisters of India. These states include Assam, Manipur, Nagaland, Meghalaya, Tripura, Mizoram, and Arunachal Pradesh. In this list, Sikkim had the latest entry in 2002. Thus the number of northeastern states of India has risen to eight presently. If you plan for a fortnight tour you must keep in mind visiting the seven sisters where you can get mesmerized with the local flora and fauna and the diverse cultural traditions. On account of the Interdependence of all the northeastern states, they are known as the 7 sisters.

History of Seven Sisters of India

If we trace back the history we can find the origin of Northeast of India during the British epoch. From 1840 to 1870 it was a part of a large Bengal province in India under the Nawab, with the independence of India the northeast came into existence and comprised of Assam, Manipur, and Tripura states where Assam was a large state which was previously known as Kamrupa During the British period Shillong was the capital of Assam. In 1972 while Meghalaya was made a state and Shillong were made its capital, in lien of Shillong Dispur was decided to be the Assamese capital. 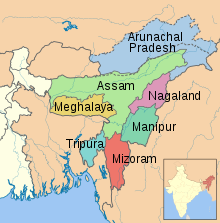 Know about the Seven Sisters of India

Assam-Assam is the largest state of the northeast and covers nearly 79000 square kilometers of area. Assam is known globally for its tea gardens. Tea farming has found prominence since the British Raj. It has native Ahom culture and is famed for its world-famous sanctuaries of Kaziranga and Manas. This state has the oldest oil refinery. The legends say that the British first noticed the presence of oil under elephant feet who were employed in the task of having wooden logs. The British encouraged the local labour bidding “dig Boy”-Thus the nomenclature Dig Boy has come to us.

Manipur – The state of Manipur is commonly referred to as the land of jewels. You can soothe your body and soul together enjoying the unexplored land of Manipur. It has a mixed population of Hindus and Christians. Manipur is famed not only for its scenic beauty of dense forests and picturesque landscape but also for its remarkable architectural feats. Do not forget to see the famous Sri Govindji temple dedicated to Lord Krishna and Radha. You also get to see the Keibul lunigao national park

Meghalaya-Meghalaya word is the synthesis of two Sanskrit words –Megha and Alaya. Megha refers to clouds and Alaya signifies house. Thus the state is otherwise known as the abode of clouds. While spending a few night’s in Meghalaya you come across the beauties of nature such as lush greenery, gushy streams, and living root bridges. Mainly you find the native tribal population in this region. You find the local bridges made of rubber tree roots and bamboo over the small rivulets.

Mizoram- This is the least explored state of India which allures you with its virgin beauty. As the name suggests this island of the Mizo tribe. This northeastern state borders Myanmar and Bangladesh. While you are in this state you have enough opportunities to appraise the local crafts and art of Mizoram. As widely known Mizoram is the largest producer of bamboos in India. Mizoram is known for Mautam which means bamboo death. This deadly phenomenon occurs every 48 years.

Arunachal Pradesh – This is one of the least frequented states by the tourist so far and is home to 26 indigenous tribes and innumerable avian species. This state gives you the chance to visit the snow-covered mountain ranges, lush green forests, and gushing rivulets. This land gave birth to the sixth Dalai Lama Tsangyang Gyatso who is known for his love of wine, women, and poesy. In this state, the place Bun la Pass is the point where the present Dalailama entered India while escaping from Tibet.

Tripura – This state is counted in one of the smallest states of India and covers a large extent of more than 10000 square kilometers are note-worthy features of Tripura Tour. The Major tourist attractions of Tripura include – Ujjayanta Palace, Sepahijala Wildlife Sanctuary, Chittagong Hill etc. Tripura was ruled by the Manikaya dynasty and had seen nearly 180 rulers up to the Independence of India.

Nagaland – This state has borders with Manipur, Arunachal Pradesh, and Assam. Nagaland is the home of 16 indigenous tribes. Touring Nagaland gives you the privilege to be in communion with the tribal villages, the wildlife habitats and the untamed forests. You can satisfy your taste buds with mouthwatering local cuisine. You will be mesmerized to see the local attires. You can include the visit of Dzukon Valley, Japfer Peak in your travel.

Sikkim–   The New Entry in the North Eastern States

This newly formed state borders Nepal, Bhutan and Tibet. It has the land scape of the lofty Kanchenjunga Mountain. It is the abode of glaciers, grasslands, and wildflowers. You can witness a number of hilltop monsters of the Buddhists. Sikkim is not included in the seven sisters of India, rather it is a brother to the seven sisters. On account of its location, it is separated by the chicken Neck or The Siliguri corridor. 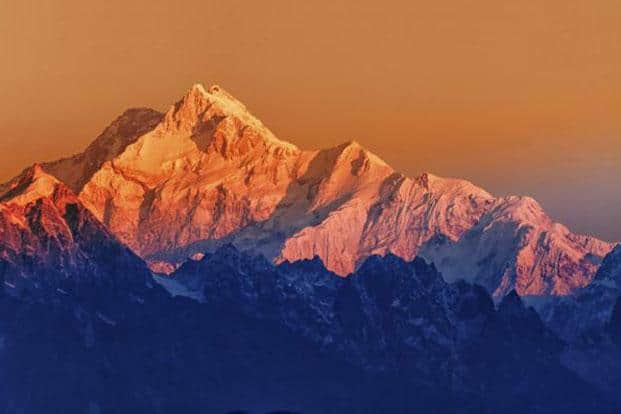 As a nature lover, you must visit the famed Kaziranga wildlife sanctuary in Assam to explore and see the unique one horn Rhinoceros. You also have the chance to witness Majuli which is the largest river island. In Majuli you should include the visit of Loktak lake which is the floating lake. You also visit the Singda Dam which is the highest mud dam. Meghalaya you get to see the double-deck living root bridge in Cherapunji and the Mawlynnong village known for cleanliness. Besides you see the Balpakram National Park amid the Garo hills. Mizoram is famed for Phawngpui hills which are popularly known as the “house of Gods”. You also encounter the Vantawary falls and the caves of Mizoram. In Nagaland capital Kohima, you get to see the Kohima war cemetery and the ruins of Kachari Rajbani fortress. You visit the Wokha village where the Lotha tribes grow pest-free oranges.

Arunachal Pradesh is a paradise for the adventure seekers where you visit the zero valleys and see the Talley valley wildlife sanctuary you also gain immense pleasure by visiting Bhalukpong, Tripura state is also famous for wildlife where you get to see Sepahijula wildlife sanctuary. In seeking you will be mesmerized by the visit of Nathula pass. You also visit the Namgyal Institute of Tibetology.