The present blog discloses some unknown facts about their life such as where both of them met first? How did Mumtaz Mahal die? Where did she die? How many children they have? Why was the Taj Mahal build? Did Mumtaz see the Taj? Etc. Such questions often come to your mind before planning the Taj Mahal Tour. Besides providing the answers to the most asked questions this blog presents the full description of her death and the circumstances.

The prince Shahabuddin Muhammad Khuram was born to Emperor Jahangir and the Hindu Mother Jodhabai in the year 1592. He had the title name as Shahjahan later which signifies the “Emperor of the world”. He was born with a silver spoon and enjoyed all the privileges of the royal legacy, had the martial training and studied theology and academies from the best Scholars. His grandfather Akbar showered immense love for him.

How Did Shahjahan Meet Mumtaz Mahal?

Once, as usual, taking a stroll through the celebrated Meena bazaar of the Agra Fort, he had a glimpse of a beautiful Persian girl hawking the handicrafts and jewelry. The first sight of this paragon of beauty ignited a sense of love feeling in him. It was very customary with the ladies in the Meena Bazaar to shop the valuable items in their stalls as they had the best customers in the royal ladies.

Love enamored prince could not have slept for a couple of days and enquired about the whereabouts of the Persian chit, he came to know that this girl is no one else but the niece of his step mother-Noor-Jahan and the daughter of Asaf Khan. Thus the story of amour started in the year 1607 when both of them were almost 15 years of age. With the due cause of time, this passion of fondness multiplied in both the hearts and finally 5 years later the betrothal the marriage of them was solemnized. Thus both of them were yoked together in the legal marriage bond in 1612 and started living together like a pair of swans. 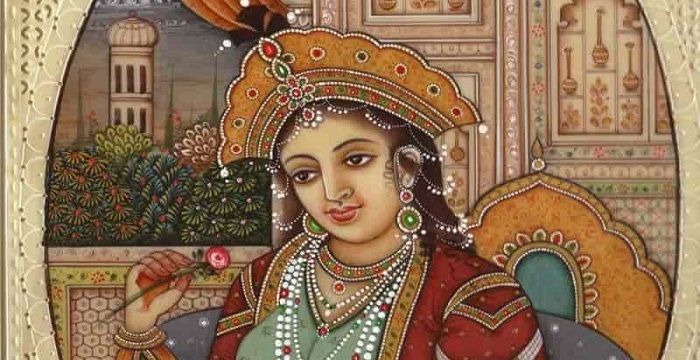 This couple spent around 19 years of married life in fun and frolic and mutual trust. While he was reigning over the empire, dictating the commands from the Royal Court, issuing the royal orders or even leading the army expeditions, she followed him like a shadow. She bore to him 13 children and provided him the heir apparent is the eldest son- Dara. He made his other 3 sons the governors of different other provinces of India.

While Shahjahan was ruling he was too busy in the state affairs and as was customary he declared Dara, his eldest son as the successor. He showered excessive love on Dara neglecting the other three. Not as sensible father, he could not understand the behavioral change of Aurangzeb who started nurturing a sort of apathy to father.

Until Shahjahan was strong enough he was able to cope with the situation. Aurangzeb led the successful army expeditions always hiding his hatred towards father. In the same time, a day came when Shahjahan was started by the rebellion of Khan-i-Jahan Lodi. With the brisk speed, he decided to lead the army camps to South. Lady Mumtaz also decided to move with him despite the fact she was pregnant and was not in a very good state of health on account of a feeble body.

Where did Mumtaz Mahal die and how?

Shahjahan ordered for encamping at Burhanpur after almost 800 km long run. Everybody was ready with all might to attack Lodi ruler and after a couple of days, they were glad to defeat him. Shahjahan and other nobles with their all Paraphernalia of warfare celebrated the event unknowing what is there in the future box.

There are different camps and the lady Mumtaz Mahal is expecting Shahjahan spent most of his time with her. Mumtaz Mahal Pines for apples that are hard to get in that area.

Who was with Mumtaz Mahal at the time of death?

Mumtaz Mahal in her Sharmiyana (tent) is surrounded all around by the expert midwives and physician Jahan-Ara her elder daughter and sat-ul-Nisa, her selected maid is standing close to her. Shahjahan is outside the camp and waiting for the good news.

He is in touch with the eunuchs who serve as messengers. All of a sudden a message comes to him and he rushes to the spot. All others are directed to move away except Jahan Ara, the favorite maid, and the royal Physician Bazir Khan. A sudden quietness prevails Mumtaz Mahal is groaning under the labor pains for more than 35 hours. Her visage is turning pale and a sort of drowsy numbness appalls her body.

What did Mumtaz Mahal ask Shah Jahan before death?

On the cursed day of 17th June 1631, Shahjahan sitting close to Mumtaz Mahal puts her head on him and caves her with tears in his eyes. He murmurs and prays to Allah; perceiving that she is on the brink of collapse. Bazir khan is standing helpless. Before her death lady asks the Husband to fulfill her three desires- The first is that you have to take good care of their children and subjects. During your Golden Triangle Tour your expert tour guide will tell you about the promises of Mumtaz Mahal in detail.

Secondly, she asks her not to many again and thirdly to make the monumental love of their memories. The newborn babe later known as Gohar Ara is in the arms Sati ul Nisa Khanam. Shahjahan clasping both the arms of Mumtaz in his hand’s bids adieu to her forever hand capitalizing the idea of the epitome of love- The Taj Mahal. 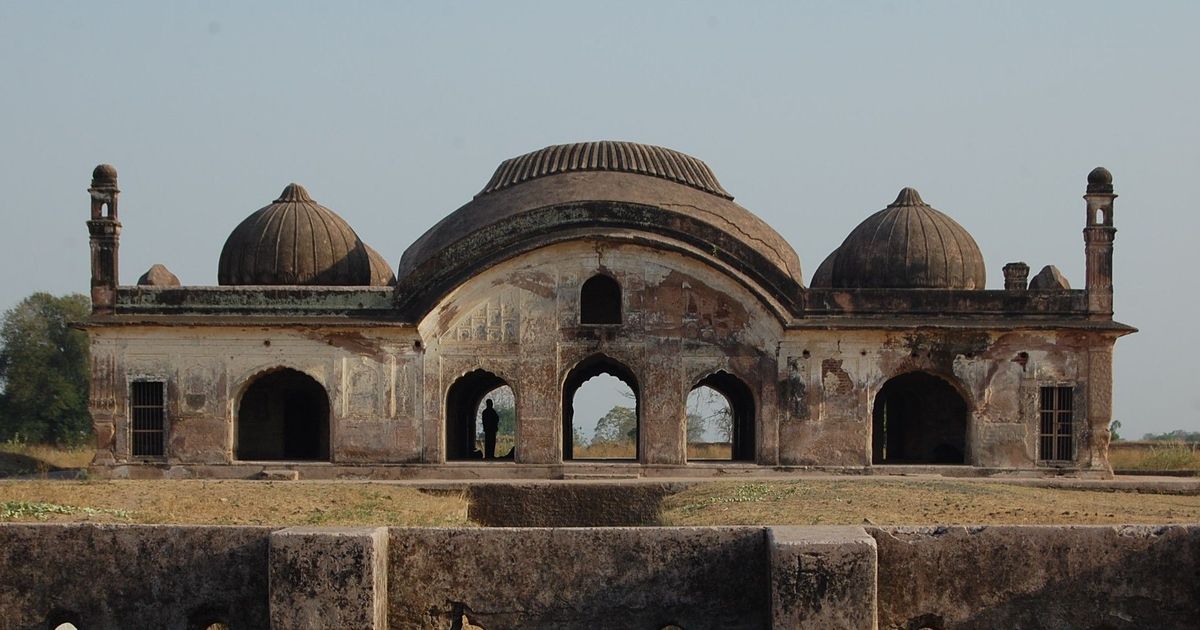 As Burhanpur is almost 800 km away from the capital of Mughals-Agra, the body of Mumtaz was buried in Burhanpur for the temporary period as Shahjahan wanted to erect her tomb close to his palace in the Agra Fort which you can visit during the Agra Tour, so that he can easily see the memorial of Mumtazevery day. With all the religions practicals of Islam, Mumtaz was entombed and Shahjahan returned to Agra having the mercury load on his heart by the loss of his companion.

He commissioned the project of the Taj Mahal and call for the top architects available. He could complete it during his lifetime and see it. But the grass is not always green. He had to suffer more loses-the loss of his freedom, monarchy and led the life set of his life is desolation during the house arrest.

When the real tombs of Shah Jahan and Mumtaz are open? 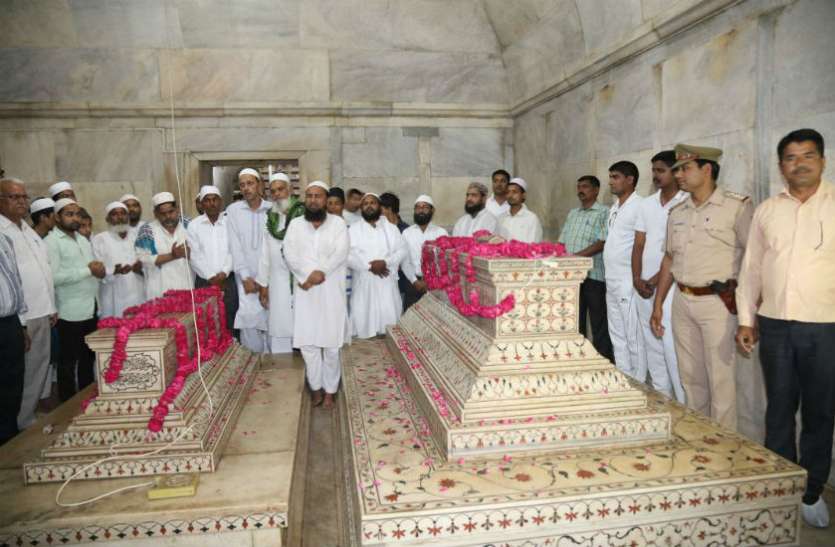 The celebration will start on the 21st of March with the traditions of Gusl at 2 pm. The offering of Chadar will be done on 23 March.

on these days the real Tombs of Shah Jahan and Mumtaz will b opened to the public and the entry would be free.