Mehtab Bagh literally means moonlight garden. This famous garden built on four quartered garden system lies north of the Iconic Taj Mahal across the river Yamuna. During the Mughal era, Agra city had great fame of being the capital and garden city. Most of the Mughal rulers were fond of open-air places, fountains, and lush green fountains just to avoid the scorching heat.

The first Mughal emperor Babur was a great lover of gardens. After laying the foundations of the Mughal dynasty, he enriched the city of Agra by making 16 gardens on the bank of the river Yamuna – like Aram Bagh, Bagh-E-Gul, Apshana, Mehtab Bagh, etc. Out of all these only 2 are remaining now- Aram Bagh is known as Ram Bagh and the Mehtab Bagh.

The chronicles say that Babur started a dream project of this garden in 1529 and this was his last garden. He wanted to make it on the theme of the Paradise gardens with the rippling water Channels, water cascades, fountains, and trees laden with seasonal fruits and flowers. History of the  Mehtab Bagh

The legends say that Babur used to come and visit the Mehtab Bagh during leisure times in the night. Daytime he was preparing for the visit to Aram Bagh which is hardly 5 km away on the bank of the river Yamuna. This was continued during the time of Humayun who used to pay a visit to it as he used to come to pray in a nearby mosque at the Kacchpura village built by him.

Thus Mehtab Bagh was reformed and restored during the time of Shah Jahan by making the walkways, airy Pavilions, and fountains. These gardens were having an affinity to the gardens of the Taj Mahal.

Is the site of Mehtab Bagh the black Taj Mahal foundations?

Lots of questions are raised about the story of the Black Taj Mahal. The stories say that right across the river Yamuna at the site of Mehtab Bagh, Shah Jahan was dreaming of making the black Taj Mahal- a negative copy of the white Taj Mahal. These legends attributed to the travel memoirs of the French traveler Jean-Baptist Tavernier who come in the 17th century and records that Shah Jahan wanted to make a black Taj Mahal for himself similar to the white one.

Some people also agree on the basis of the research done by A.C.L Carlleyle in 1871, in which he opines the excavated pond to be part of the foundation of the black Taj Mahal. Besides these two vague ideas, there is no historic evidence as such to consider the area of the Mehtab Bagh as the site of the black Taj Mahal project. 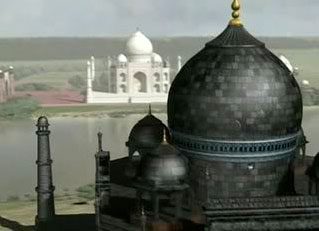 When this garden was excavated?

After the decline period of the Mughal dynasty, there happened much local encroachment in the Mehtab Bagh and many great floods inundated the whole site. At one point there was no proof of the Mehtab Bagh and the garden area was having a huge mound of sand with unusual growth of wild flora, when the Archaeological Survey of India planned into the task of restoring these gardens in 1990 A.D.

How to Reach Mehtab Bagh?

Mehtab Bagh can easily be reached by car or by coach. It is located close to Kachhpura village and taking Yamuna kinara Road and crossing the Ambedkar bridge, you can reach the Mehtab Bagh. You can also come to this place via Etmad-Ud-Daula Road. It is nearly 3 km from the Agra fort and 5 km from the Taj Mahal. You can easily get there by hiring a tuk-tuk or electric rickshaw.

Mehtab Bagh remains open from sunrise to sunset. Good time to visit this garden during the summertime is 6 AM to 8 AM and 5 PM to 6 PM. During the winter perfect time to visit is 8 AM to 11 AM and 4 to 5 PM.

Related More blog:- Get To Know Before Visiting Taj Mahal 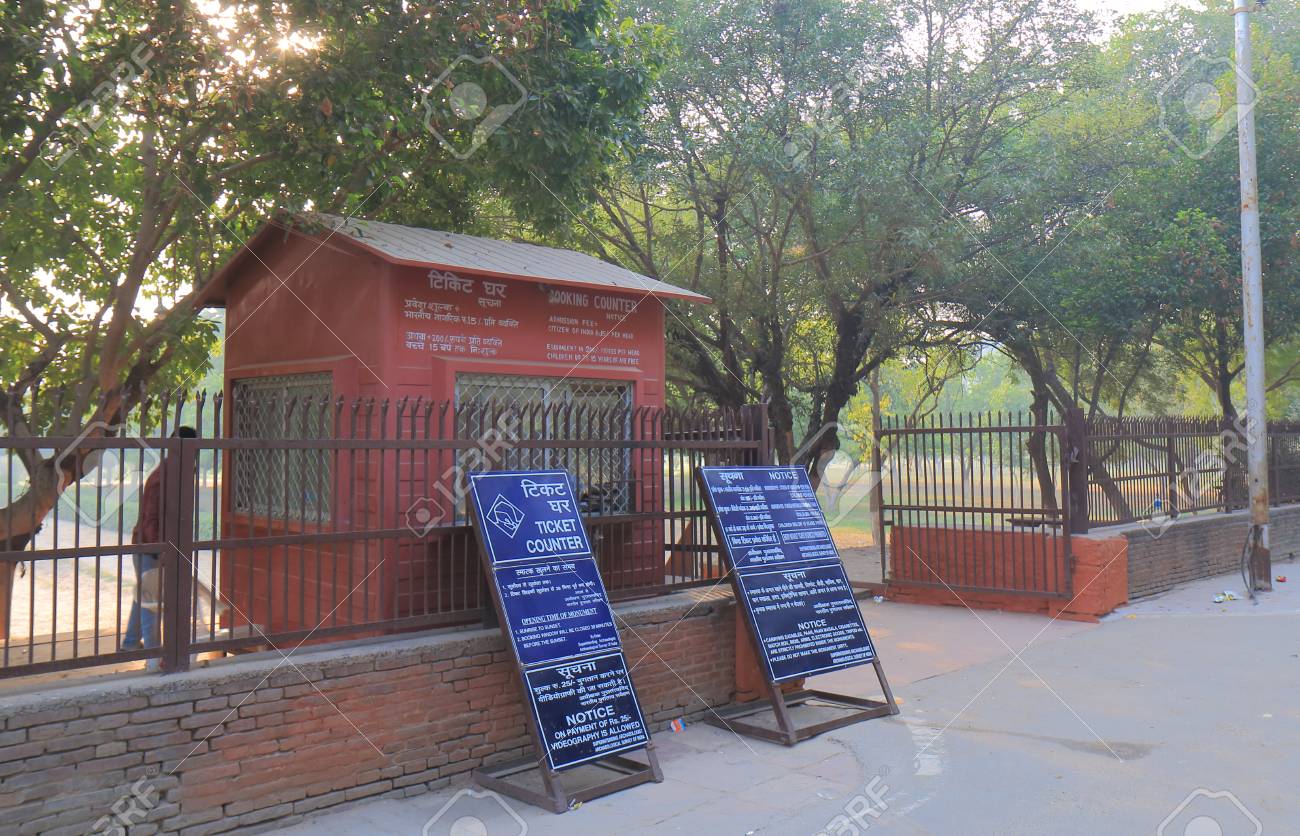 Mehtab Bagh is a fine specimen of Mughal Gardening and horticulture where more than 80 varieties of plants and shrubs are planted. These floras include hibiscus, guava, neem, bahunia, Ashoka, etc. They are planted in a sequence where the tall trees follow the short and then shrubs are given place. Such arrangement of plants is eye-catching and above all the serene atmosphere and awesome view of the Taj Mahal mesmerize the tourists. Some of the plants produce multi-colored flowers and these shine in the sunlight and moonlight like the glittering stones of the Taj Mahal. 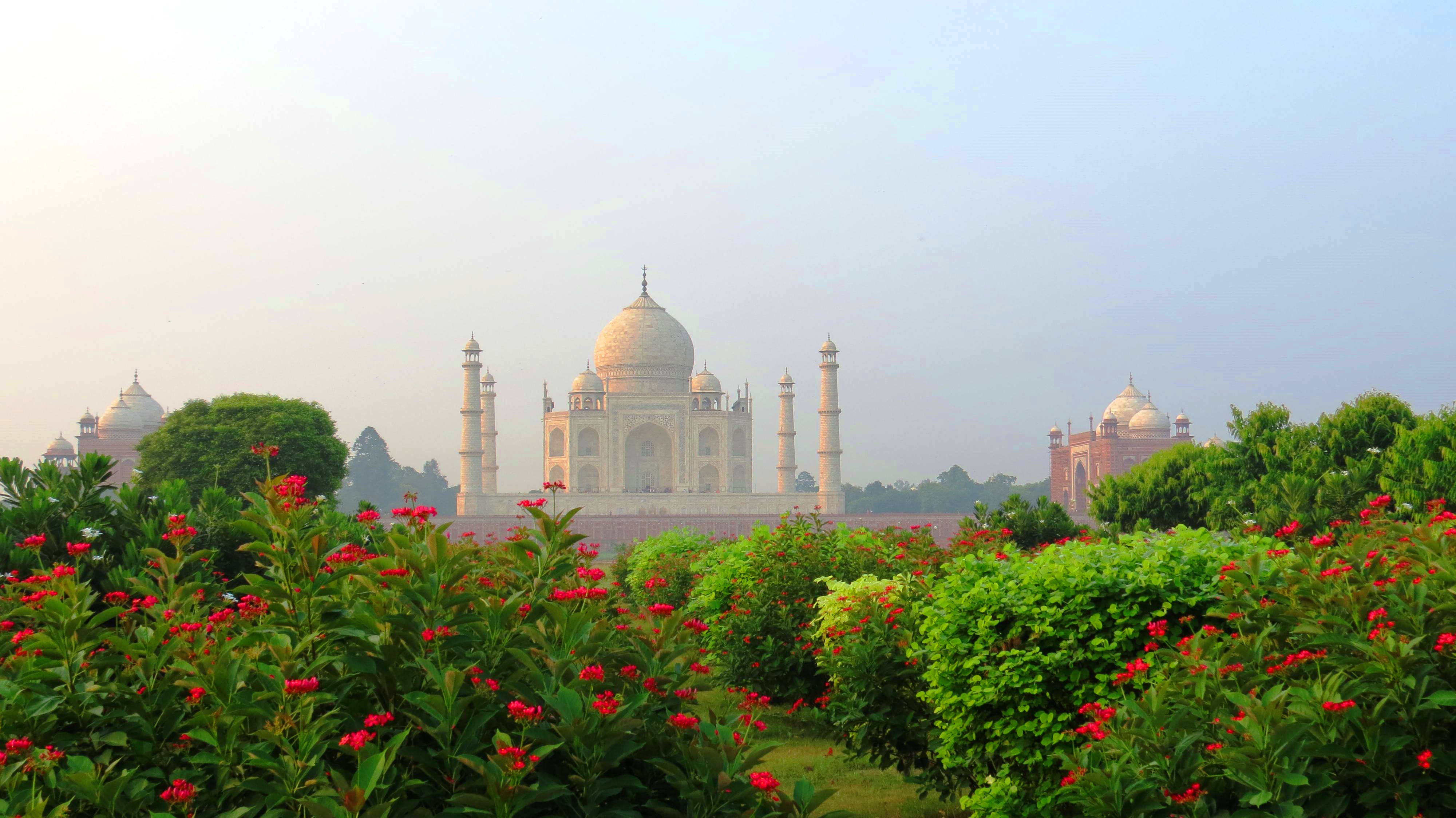 Mehtab Bagh plays a significant role for those tourists who come to Agra just for one day and unluckily it is Friday on that day. As you know Taj Mahal remains closed on Friday, thus Mehtab Bagh gives the option to view the Taj Mahal and its magnificent glory from the other side of the river. This is t the point where you can make Instagram worthy pictures or enjoy the sunrise or the sunset at the Taj Mahal. 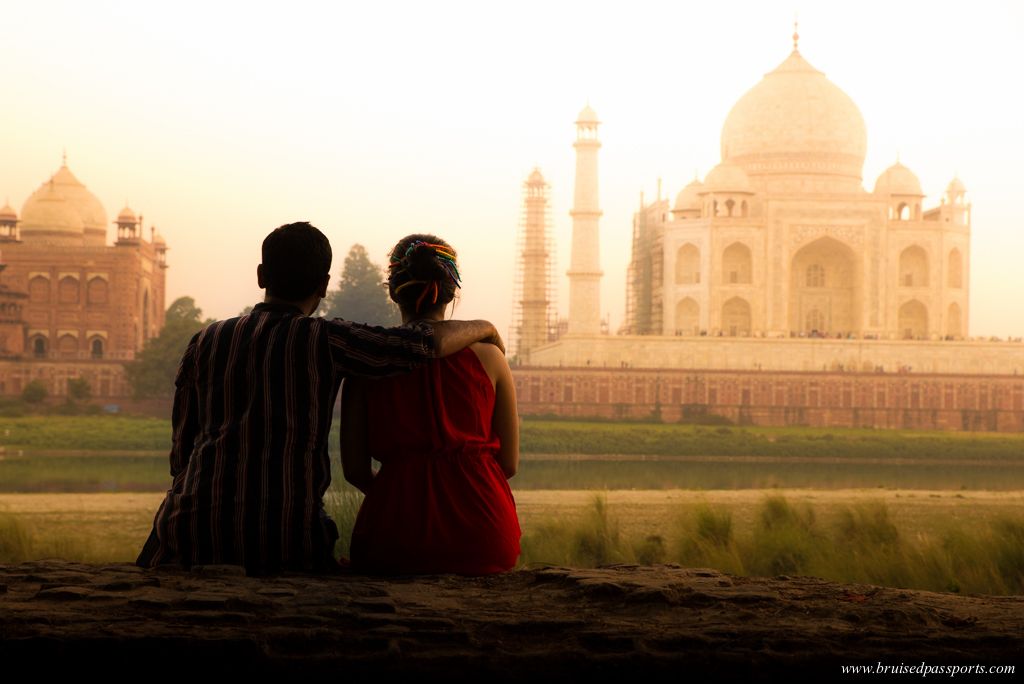 Forbidding Things inside this Agra garden

You can carry a mobile phone and camera inside this garden. Like other archeological monuments, you are not allowed to carry eatables, smoking items, alcohol, tripod, books, and magazines, etc.

Flying drone cameras and commercial photography (without permission) are restricted from this area.

A Tale of Unknown Tomb of Ladli Begum