India has a number of national parks, wildlife reserves to host the tourists with a wide-ranging wildlife and avion presence, the famous tiger reserve is located in the Lakhimpur and Kheeri districts of Uttar Pradesh and has a large stretch of nearly 800 sq. kms. This famed Dudhwa National Park is situated on the India and Nepal border in the wet grasslands of Terain. This was given the status of a tiger reserve in 1987. This area has an abundance of Sal plants which are common to evergreen forests. Besides sal trees, you see shisham, jamun, Gular and other trees. The presence of wetlands and rivulets, streams, and lakes make it ideal for wildlife.

How to reach Dudhwa National park?

The nearest airport to Dudhwa is Lucknow airport which is well connected with all major cities of India. You can also travel by road to Dudhwa National park from Lucknow or other parts of Uttar Pradesh or Delhi, The distance from Lucknow is 230 kms by road and from Delhi 430 kms. From New Delhi you drive towards Bareily –Pilibhit-manland-palia and reach Dudhwa park The best time to visit the Dudhwa tiger reserve is the winter season from October to march. During this time of the year it get nearly 15 to 30 Degree Celcius during the day time. Thus it gives pleasant feeling to do the tiger safari trail. In the Dhudwa during the summer it gets pretty hot so it is not advisable to visit the Dhudwa sanctuary as the temperature remains nearly 40 degrees Celcius. Hot wind loo looms large during May & June

As usual before the independence of India during the Raj epoch, much destruction has happened to Indian wildlife species on account of lack of awareness in the common folks about the ecosystem and illegal hunting & poaching activities. Dudhwa in Terain of Uttar Pradesh is not an exception. After the independence of India much jungle area has been converted to the agriculture area. Thus lots of wildlife has to suffer the setback on account of loss of habitats. The same has been the plight of Kaziranga a national park, Corbett national park etc.

Thus Dhudwa national park was losing its glory a great environment A great environmentalist and thinker Arjun Singh “Billy” had a dauntless effort and approached the erstwhile prime minister of India Mrs. Indira Gandhi in 1977 and proposed to declare the entire land as national park. Until the numbers of rhinos were almost extinct there in the year1985 rhinoceros were relocated from Nepal and Assam.

This national park has a number of wild animals, reptiles, and other avian species. It has tigers, swamp deer, elephants, sambar, wild Dogs, Cheetal, Blackbucks, turtles, pythons, alligators, monitor lizards etc. in the birds it has more than 1000 species of birds such as peafowls, fishing eagles, doves, etc.

Dhudwa National Park is soon going to have a new tourists attraction of heritage train. This park is famed across the world for its flora and fauna. It abounds in the sighting of Tigers, Rhinoceros, and elephants. Now in the core area of the Dudhwa Tiger Reserve, safari lovers can plan to explore the wildlife in the heritage trains by a train journey of 100 kms. The luxury vista dome coaches have been sent already and the north Indian railways is going to schedule the train. 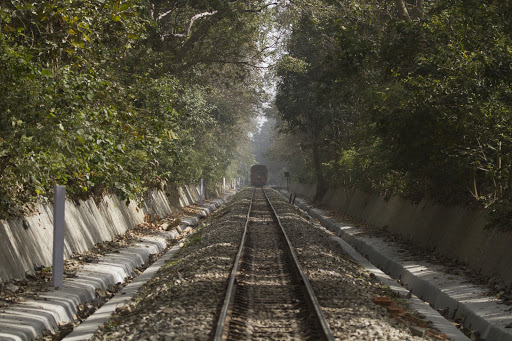 While journeys through the forest area you enjoy the amenities of an air-conditioned coach with glass ceiling. Thus in coming years Dhudwa national park would attract lots of wildlife lovers from India and across the world to have a unique experience of the heritage train. The Indian railways in league with the forest department is planning to operate the heritage train on the Mailani Nempara track which is already open to the passenger trains. You also have a chance to book Tharu Huts in Dudhwa National Park. You can pre-book these huts at a genuine price.

You can book safari in Dudhwa National park in two timings; – Morning slot for 6:00 am to 9:30 am and the evening slot is 2pm to 6 pm. You can go on the official website of UPECOTourism—or the Dudhwa National Park and enter full details of you name, age, address and ID proof. You also have to provide the date of visit and safari timings.