I am prompted to write this blog during my recent travel to the tourist places of Madhya Pradesh and Rajasthan which abounds in the temple architecture such as Garhi Padaval, Mitawali, Bateshwar, Osian, and many more. Most of these magnificent dates back to the era of Gurjar Pratihar era which is supposed to have a long time span of 3 to 4 centuries. Kannauj was a very important city during this era. 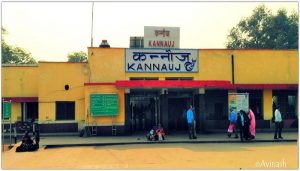 To be true  I had very little knowledge about these places and had only heard about them. The places I visited with friends enthralled me meowing to the great architecture and history behind them. I was mesmerized and left to think about the Gurjar Pratihar rulers who erected such gorgeous temples. On each of these sites, I encountered very few tourists, almost nil. I had to gather information from the same inscription and by the tales of the localities.

One thing was crystal clear that almost all of these temples were built during the great era of Gurjar Pritihar rulers who ruled a vast area of the Indian subcontinent from 8 to 11th century A.D. Some of the great rulers ruled from Ujjain and made it their capital, while the others ruled from Kannauj.

The famous Gurjar Pratihar ruler Nagabhatta II defeated the Arabs. His grandson Mihir Bhoja chose to rule from Kannauj and during his regime, the prosperity of the empire reached its zenith.

What is the Old Name of Kannauj?

In the Ramayan and the Mahabharat Kannauj find a mention by the name of Mahodya. Later in during the era of Harsh it was changed as Kanyakubj the close allys of Karus, the Aryan race settled her during the era of Mahabharat thus ares had known as Panchal desh had its capital at Kampilya. 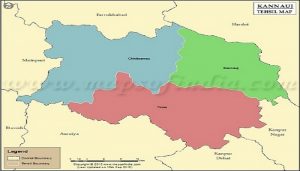 Situated on the banks of the river Ganges, Kannauj has been an important city since ancient times. It was exciting even before Gupta Dynasty. If we trace back the history it was a pant of the Panchal republic. After the Gupta régime noted ruler Harshvardan decided to dwell her and assist her sister. During his era, Kannauj saw a lot of architectural development and prosperity. Harsh Vardhan was well known for his wealth at the Kumbh of Allahabad every twelve years later. 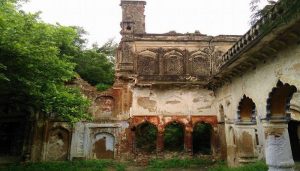 Kannauj saw the advent of the powerful Gurjar Pratihar ruler Mihir Bhoj who ruled for 49 years from 836-55 A.D. and compelled his enemies to surrender all the time. Turks never dared to attack his territories. While I was visiting the sites of Gurjar Pratihara  I came to know that some Rajput clans originated from the time of Mihir Bhoj- like Parmaras, Solankis and Chauhans. During his time Kannauj had 7 fortresses and five thousand temples. Trade and commerce thrived much in his time and peasants were happy.

Some of his prominent commanders expanded the borders of his empire from Kabul to Ranchi, Gujrat to Bengal, and from the Himalayas to Narmada. These commanders were also in the charge of providing security of friendly states against enemy attacks. One such important commander was Kanakpal Singh Parmar who helped Nepal against the foreign invasions. This chieftain made Garhwal as his capital.

How Kumhraur and neighboring villages came into existence?

Around  40 years back when I was getting with the elderly persons in my village and I was inquisitive to know about the history and founding of my village Kumhraur. I was also curious to know how the neighboring village is known as Gujarpur. I was told that one commander  Kanakpal  alongwith his  fellows came from Ujjain during the reign of Mihir Bhoj. These people founded 7 Parmara villages namely kumhraur, lilapur, ujeerpur, etc and since that time Gujarpur came into existence. 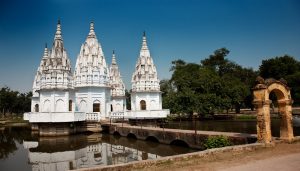 How was Kannauj During Jaichand’s Era

Jaichand was having hold over Kosala and  Kasi and made Kanyakubj(Kannauj) as his capital. He belonged to the royal Garhwal dynasty which flourished after the decline period of the mighty Gujrar Pratiharas.

Kannauj has the famous story of elopement of Sanyogita with Prathviraj Chauhan. The legend say that Jaichand was at daggers drawn  with the Chauhan ruler Prithviraj. Thus during the invasion of Muhhand of Gor he did not help Prithvira rather he indirectly supported the invader. Thus Prithviraj had to lose . He also had to lose later in Chandawar battle . Later his son Harishchand ruled under Muhhamad  of Gor up to 1225 A.D.

During the reign of Jaichand the  the city buildings and massive fort was built. Besides Annapurna Devi temple and Gaurishankar temple are worth visit. It is considered that during Jaichand’s time the rose farming  started and people started brewing of the essence of roses.

As is widely known that Kannauj used to be a Tahsil of Farukhabad district earlier during the decline period of Mughals . A new city was founded by Farukhsiyar after his name and many towns and villages were founded all around the newly built city.

Thus the focus of attention  was shifted from the ancient Kanyakubj to Farukhabad . Kannauj was bleeding on it’s sad lot and the lofty historic structures and bare buildings were left deserted, telling the stories of the  glorious past.

Tags: History and architecture of Kannauj, jaichand the ruler of Kannauj, Kannauj during gurjar pratihara dynasty, old name of Kannauj