The word Shradh has the origins in the ancient language of India – Sanskrit. It signifies any sort of act done with reverence. In Hindu traditions Shradh ritual is performed in Pitru Paksha to pay homage to the departed souls called Pitrus. Thus the descendants shower their gratitude to the 3 generations of their ancestors. This ritual is performed for the dead parents – mother and father on their death anniversary according to the Hindu calendar. This performance goes on in Pitru Paksha which is also known as shradh Paksha and this goes an for a fortnight. 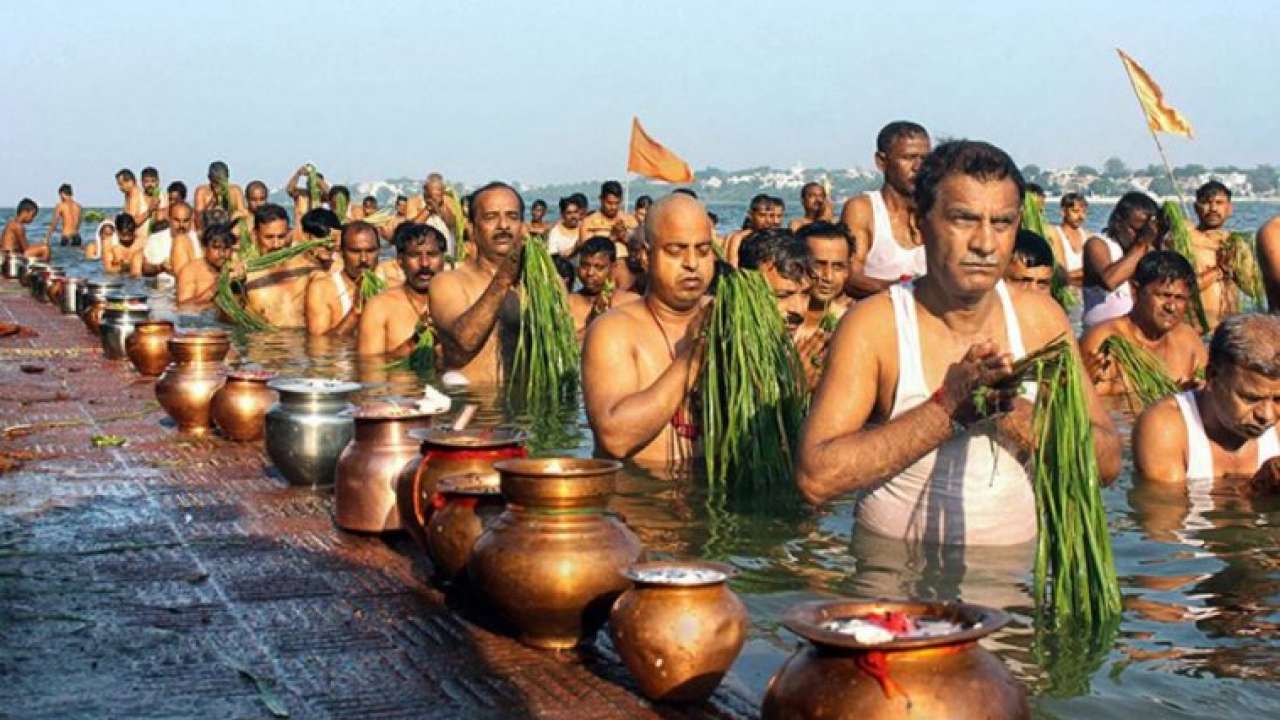 In this Pitru Paksha there is the tradition to donate money and materials as well as feeding a Brahmin and the cow and birds it is believed the donated articles reach the pitrus living in their abode at heaven. Hindu scriptures narrate about the debits in a human life called Rinas. They are known as Dev Rina, Guru Rina, Pitru Rina, It means one owes a lot to the deities, their spiritual leaders and to the parents. Parents give birth to the progeny and inside the veins of a human the blood flows from their parents. Parents rear up the child. So it is the duty of a human to pay respect during the time they are alive and after their deaths as well. The Hindu scriptures describe the presence of 84 particles in a human being from father’s side. These genetic qualities are derived not only from the father but are from 7 generations back. But predominantly 3 generations have more influence. Thus in Pitru Paksha 3 generations – father, grandfather and great grandfather are more revered. Thus the offerings are done in this time goes to these generations.

There is a popular Puranic story about Pitru Paksha that goes like this – After the demise when Karna went to the Yamlok he was given jewels gold to feed. Karna asked for food in return he was told that he did donations entire his life of such objects, but he never did anything for Pitras any time. He was suggested to do that and he returned back to the earth to satisfy his Pitras in the Pitru Paksha. Thus he was given good food on his return. This instance emphasize or the Pitru Paksha rituals in human life. The Hindu mythology believes that the ancestor goes to the Pitru Lok after death. This Lok is located beyond the Moon in between the Earth and the Paradise. This is ruled by Yam, the god of death. Thus the ancestors before going to the paradise reside in the yamlok. For a certain period of 16 days land down on the earth planet to know about the well being of their descendants. These souls come to Martuyalok in minute forms or deceptive forms such as birds, animals or any beggar etc. Thus we should not forbid gratuities to any beggar or the needy and should feed animals such as cows, dogs, ants and birds like crow.

The descendants do tarpan to appease the ancestors and have their blessings. Harvansh Purana tells that Bhishma told the importance of Shradh to Yushidthir and emphasised that those who do Shradha get ultimate satisfaction in the Matralok and Parlok, by indulging in the rituals of Sharadha one gets his wishes fulfilled such as procreation, interest in the religion and theology etc. Shradh Paksha is celebrated in second half month of Bhadrapad which normally occurs in September according to the Gregorian calendar.During the fortnight when the shradha karma is done no auspicious (shubha) act is done in the Hindu families, the people abstain from marriages, new ventures, inaugurations etc

This year according to Hindu calendar Pitru Paksha is going to start from September 20 and will culminate on 6th Oct ’2021.

Below you find the Shradh Calendar 2021 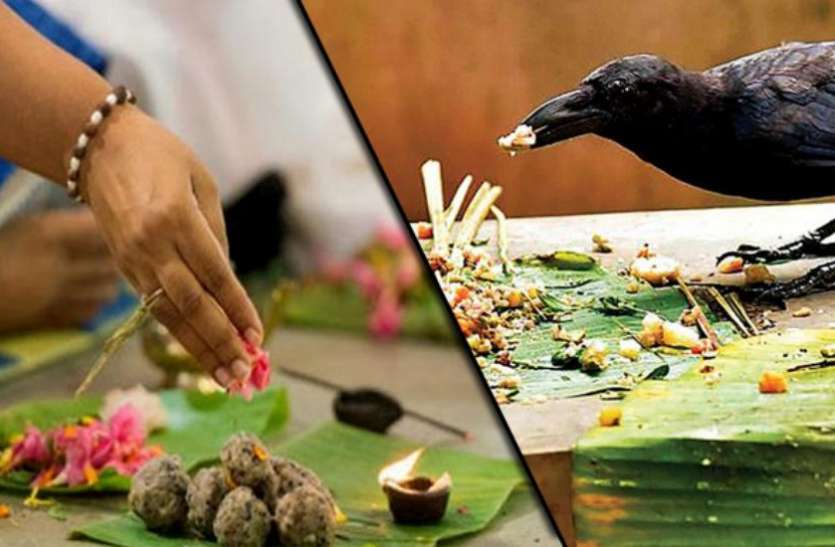 Often many people are not aware of Pind Daan Vidhi and timings. This ritual should be done under the guidance of a knowledgeable Pind Daan Pandit. This should be done on the particular death anniversary from early morning to 12:30 PM. The essential ingredients include honey, milk, black seasame seeds, rice pudding and clothes should be donated. If you include basil leaves and Ganges Water it would appease Pitras. The Pitras should be invoked in a hygienic place and the yajna should be done in South East direction. At the culmination of the rituals the Brahmans should be fed in the South facing direction.

The Hindus in India and Nepal visit visit many pilgrimage places during the Pitru Paksha. Such as Haridwar, Nashik, Kurukhetra, Varanasi, Gaya Ji, Soroji etc. In such places they find their Pandas for the Shradh rituals. These pandas maintain genealogy registers with them and they tell about the family tree and about the blood relations easily. 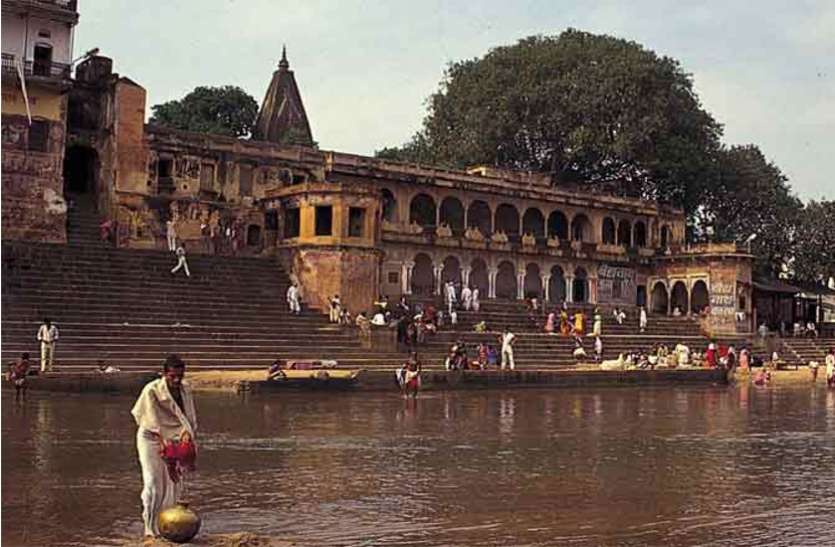 Gaya is a famous religious place for the Hindus and close to it is an another twin city Bodhgaya which is famous among the Buddhist religion. To venerate the ancestors people throng various religious places in India and do Pind daan and perform religious sacraments. Among such places for Pind daan and Shradhkarm Gaya tops the list. Hindus not only from India but from every part of the globe come here to pay their homage to their dear ones. The departed soul is liberated from the life and death cycle and gets eternal bliss. It is conceived that the ancestors ascend the ladder to the Swarga(heaven).

Story of Phalgu River in Gaya

Vayu Purana mentions the pious Phalgu River and tells that by doing Tarpan and Pind dan on the banks of this river frees the soul and it gets salvation. This legendary river is a tributary of the Ganges and it is believed that by the curse of Sitaji it flows down the Earth. 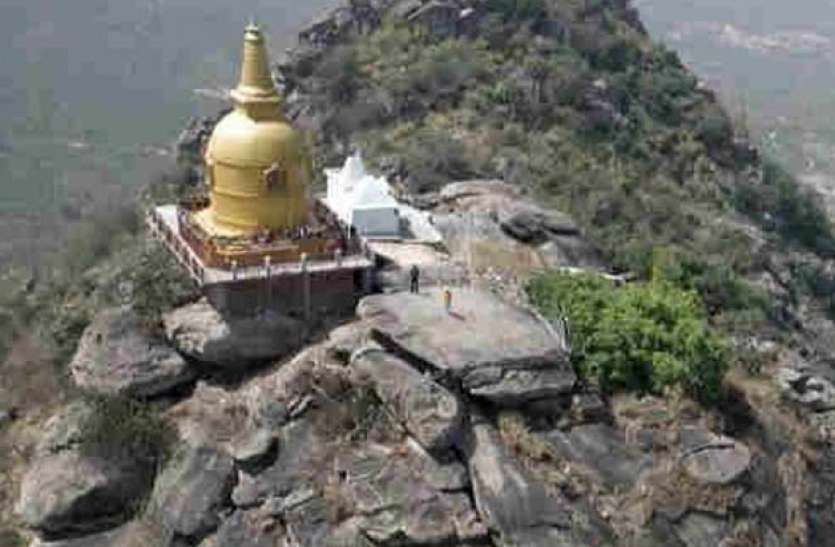 Close to Gaya there is a famous religious place called Pretshila. Which literally signify the stone of the Pret. It is believed that the ancestors get easy Pind daan over here close to the main rock there are other stones with holes. It is believed that the souls come through these holes. Thus doing Pind daan in prêt shila by black sesame, Kheer and barley makes the soul freed from the cycle of rebirth.

This temple is in Gaya and is one famous places to visit in Pind daan ritual. There is a Puranic story which tells that there was a devil called Gayasur who tortured the saints and devtas. Under the request of the oppressed Lord Vishnu killed this tyrant by the thrust of his club and put a stone on his head. Still it is believed that you can see the stone(pretshila) put by Lord Vishnu in this temple. Thus Gaya is considered a place for liberation.