It is very time that art cannot survive without a good Patron and the love of the audience. This has been the case with the old traditions of Nautanki and Ramlila. There was a time before the advent of Bollywood, when these stage shows were in vogue and super demanded.

Nautanki is a form of folk theater which has deep traditional roots. Before the movies become popular among the audience, Nautanki was the major source of amusement and recreation among the masses of North Indian villages. 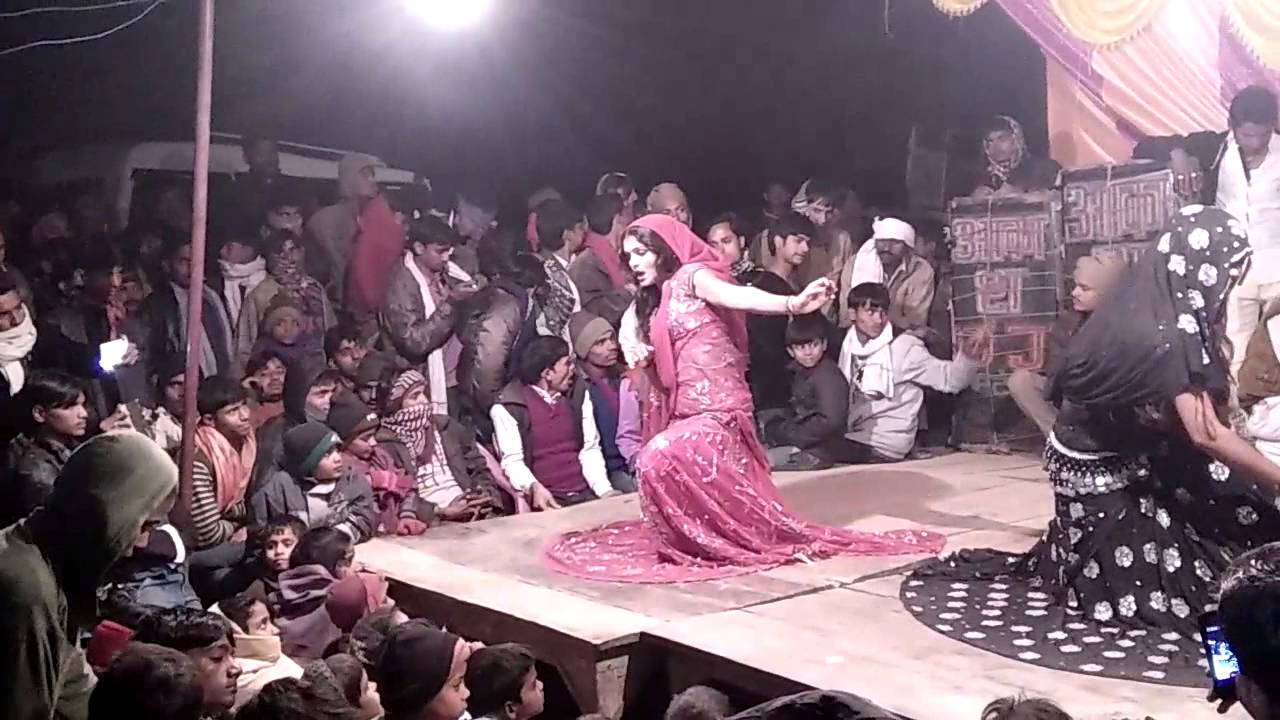 Why Nautanki become so popular?

Nautankis are rich dramatic melodramas which are performed with the accompaniment of folk songs and traditional music. In most of the Nautankis, Nakkaras (Big Drums) and harmonium are used to elucidate the charming effects. These rich musical traditions with the garnishing effect of humor and comedy make the appeal of Nawtankis among the people deep rooted. Moreover the prevalent and most demanded stoves are selected as the themes of Nautanki dramas. Thus the folk songs well demanded story and the use of local language make it very popular in the rural areas.

Even in the era of booming mass media, social media, T.V and movies, the theater has it’s own role these Nawtankis when performed can attract thousands of spectators at a time.

As a child I had the opportunity to be a witness to Nautanki shows what in local terns we called Tamasha. Normally a lot of mouth publicity was done before the event. Everybody used to be anxious to watch it. Such performances are done at community level. A team of artist comprising of same male and female were brought on the cart with their apparatus. 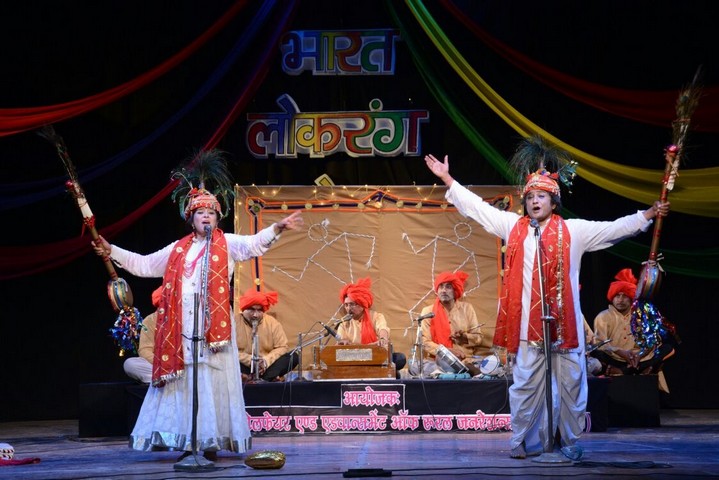 In the late evening the beat of Nakkara was the invitation call. Before the dramatic presentation few local songs and dances were staged. Later the main stories were played and for comic interlude there were the provisions of the entry of a comedian or Joker.

What are the themes of Nautanki?

Commonly the Nautankis are similar to Operas and the themes are takes from the mythology, romantic tales, stories of valour same moral stories. Amar Singh Rathore and Moradhwaj stories have been very popular among the audience. These performances with the effects of the members are done at village Chowpals or at same community building such as Panchayat Ghar or School. The other popular stores chosen for staying are satya Harish chandra, Sultana Daku etc. The present Nautanki shows have adapted themselves according to the need of the hour and the needs of the audience. The themes are Charging like based on dowry, child marriages, Sas Bahu relations etc. In the same way the old folk songs are replaced with the modern Bollywood songs such as Tamanchay Pe disco and so on.

What is Ramlila Show?

Ramlila word is the amalgamation of two words- Ram and Lila. Ram is the Lord Rama and Lila signifies his actions. Thus RamLila is the dramatic enactment of Lord Rama’s life, his deeds and ideas as narrated in the Ramayana or the Ramcharit Manas.

India has long traditions of celebrating the deeds of Lord Rama through Ramlila shows and worshipping the Lord. 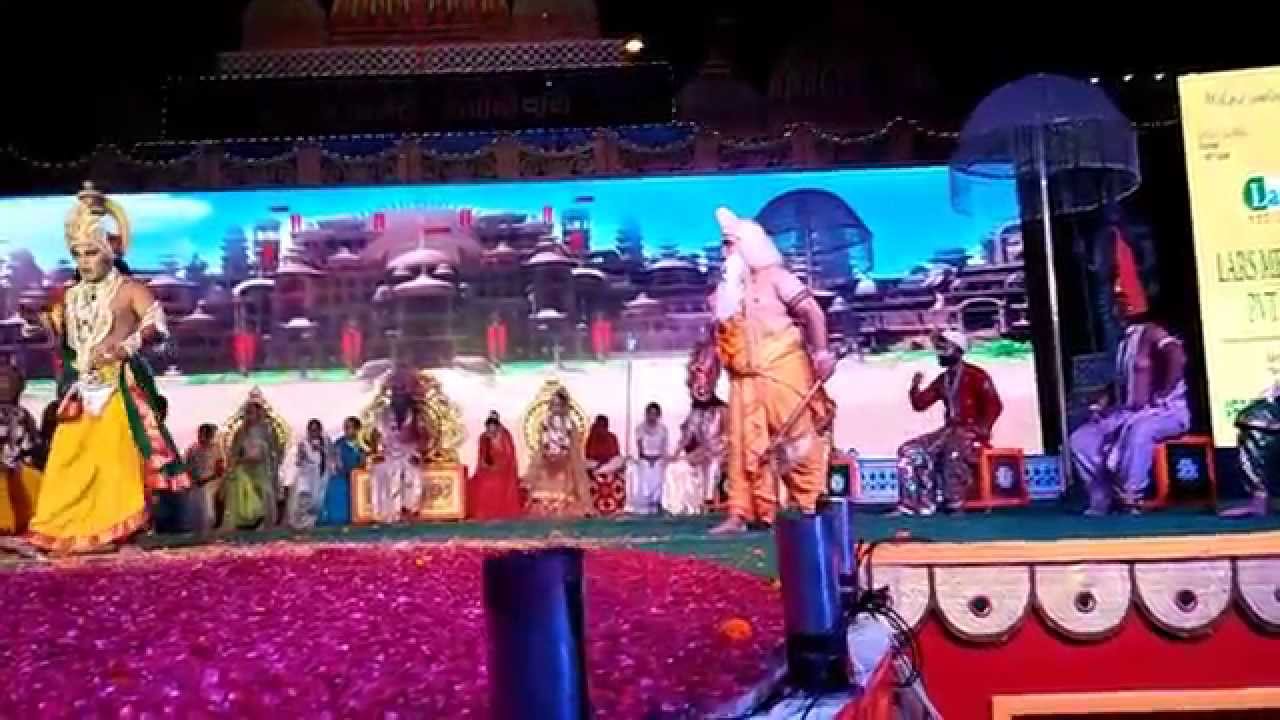 Scale of Ramlila Shows across the Globe

Ramlila festivities are celebrated across the major cities of North India like Ayodhya, Varanasi, Allahabad, Farukhabad. It is not only limited to India but the Hindu society of Thailand, Cambodia and Indonesia also have great craze for it. Now it has become popular among the Hindus of Caribbean countries of Trinidad Tobago, Malaysia, Fiji and U.S.A also .Taking into consideration the importance of this festivity and the likes of the masses UNESCO has declared this event as the intangible cultural Heritage of Humanity in the year 2008.

As you go to some important cities in North India you find a large ground called Ramlila ground. These are the places when close to Dussehera Ramlila shows are enacted or the Ravan Dahan is also done. Besides these grounds some cities have famous buildings of school or theaters where the Ramlila performances are done. Janakpuri Mahotsav, Agra is an important celebration in Agra like in some other cities alsothe tradition of Ram Barat is followed . The Ram Barat after the full display of regality approaches the venue of Janakpuri Mahotsav where the marriage of Lord Ram and mata Sita takes places. Besides the other brothers of Rama- Laxman, Bharat and Shashtrughan are also married to the other daughters of Janak. 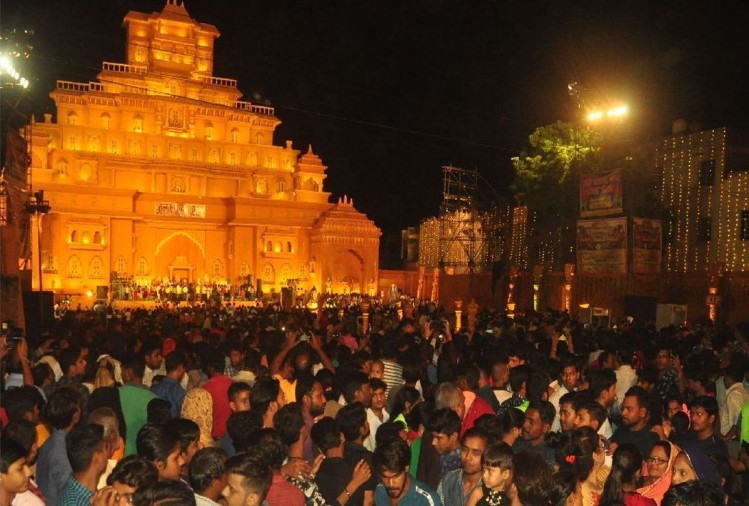 The Janakpuri Mahotsav has the age long tradition in Agra and it is arranged every year in different parts of the city decided by the Janakpuri Mahotsav Committee. A grand palace is made by using the bamboos and thermocole by the thousands of artists from Bengal. This festival goes on for three consecutive days

Laments of Shah Jahan on The Loss of Mumtaz Mahal